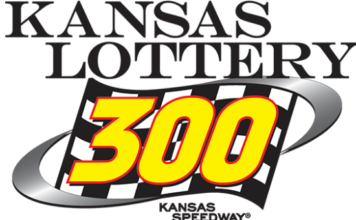 Austin Cindric’s hopes for a good finish were derailed by an accident early in the Kansas Lottery 300 Saturday night at Kansas Speedway. The No. 22 Menards/Richmond Ford Mustang was damaged in the incident but Cindric was able to finish the race and claim a 28th-place result. Cindric heads into the second race of the NASCAR Xfinity Series Round of 8 fourth in the standings, two points ahead of fifth-place Justin Haley and 61 markers behind points leader Chase Briscoe.

Cindric started the 200-lap, 300-mile event from second position after the field was set per the NASCAR rule book. He ran in the runner-up position until the first caution was displayed on lap 11. Cindric communicated to crew chief Brian Wilson the balance on his Menards/Richmond Mustang was pretty good, just a little free off the corners.

But Cindric’s race unraveled shortly after the restart on lap 14. He was making a move for the lead off Turn 2 to the inside of race leader Ross Chastain and received contact from behind, causing Cindric to spin. Eight cars were officially listed in the accident with the No. 22 Mustang receiving substantial damage.

For the remainder of the race, Cindric logged laps and made up a few positions. He was listed 33rd in the running order when Stage 2 ended on lap 90. Four cautions were sprinkled throughout the final stage. Cindric stayed out of trouble and was credited with a 28th-place finish when the race concluded on lap 200.
The NASCAR Xfinity Series is back in action at Texas Motor Speedway, Saturday, October 24th, for the second race in the Round of 8. Live coverage will begin at 4:30 p.m. ET on NBCSN, PRN and Sirius XM NASCAR Radio.

Quote: “It’s really unfortunate to have our race end so early. We had a fast Menards/Richmond Mustang and I really wanted to get a good finish for them. We were racing for the lead and I just got hit from behind. My guys did a good job repairing my Menards Mustang and keep us in it. They never gave up. We will put this behind us and move on to Texas.”

With perfect execution from the inside lane on his second chance at an overtime restart, Snider held off charging Tyler Reddick to win Saturday’s Contender Boats 250 at Homestead-Miami Speedway.
Read more
XFINITY Series PR

Austin Cindric led the most laps on the way to scoring a fifth-place finish in the Contender Boats 250 Saturday at Homestead-Miami Speedway.
Read more
XFINITY Series PR

Brett Moffitt Fights for an Eighth Place Finish After a Busy Day for the No.02 Chevy

Brett Moffitt and the No.02 Our Motorsports Chevrolet started from the 6th position Saturday in the Contender Boats 250 at Homestead Miami Speedway and brought home an eighth-place finish after leading laps and having top-3 speed all race.
Read more