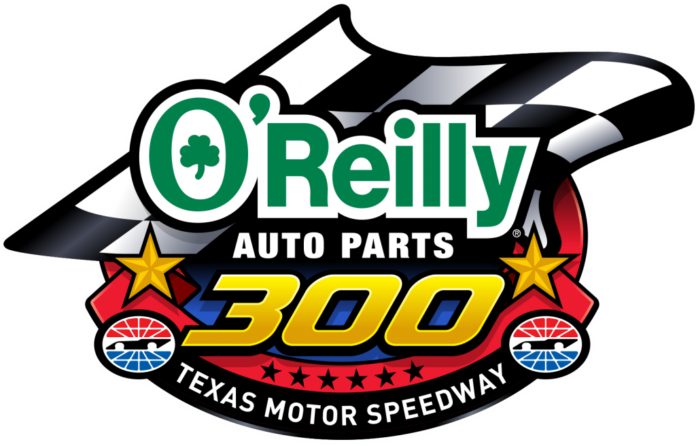 Michael Annett
No. 1 Pilot Flying J Chevrolet
• Michael Annett returns to Texas Motor Speedway following a career-best finish on the 1.5-mile quad-oval in July. Annett earned a fifth-place finish in the first TMS race earlier this season and also has three top-10 finishes there.
• On 1.5-mile tracks this season, Annett has posted a pair of fifth-place finishes and nine top 10s over his 11 starts, earning an average finish of 8.2 in those races.
• At Kansas last week, Annett equaled his career-best total of 19 top-10 finishes set last year.
• Annett’s No. 1 Chevrolet will return to the familiar colors of Pilot Flying J this weekend.

Jeb Burton
No. 8 State Water Heaters Chevrolet
• Jeb Burton and the No. 8 team enter the second race in the Round of 8 seventh in the playoff grid for the owner’s championship, 23 points behind fourth.
• In five previous NXS starts at Texas, Burton has scored one top five and three top 10s with a best finish of fifth coming in the spring of 2019. All three of Burton’s top-10 results at Texas have come while driving for JRM.
• Burton earned a sixth-place finish at the 1.5-mile oval earlier this season.
• Texas is also the site of Burton’s first career victory in the Truck Series, coming in June of 2013. Burton started third and led 25 laps en route to the victory.

Noah Gragson
No. 9 Bass Pro Shops / TrueTimber / Black Rifle Coffee Chevrolet
• Noah Gragson currently sits eighth in the playoff standings and is 33 points below the final cutoff position to make it into the Championship 4 with two races remaining in the Round of 8.
• Gragson has three previous starts in the NXS at Texas with a best finish of 13th coming in the spring of 2019.
• At tracks that are between 1-2 miles in length, Gragson has scored 10 top fives, 23 top 10s, an average finish of 9.7 and 464 laps led in NXS competition.
• In his last 10 NXS starts, Gragson has tallied four top fives, eight top 10s and has led 58 laps.

Justin Allgaier
No. 7 Sam’s Club / Hellmann’s Chevrolet
• Justin Allgaier heads to Texas this weekend second in the NXS Playoff standings, 11 points above the cutoff line with two races left in the Round of 8.
• The Illinois native has two top fives and 10 top 10s at the 1.5-mile oval in NXS competition. His best finish of third came earlier this year after he led 98 laps and swept the first two stages.
• Allgaier has two wins on tracks measuring 1.5-miles in length, both coming at Chicagoland Speedway. This season, he has four top fives and eight top 10s on mileand-a-half tracks, with three stage wins.

“We had a really good run at Texas in July and were able to move forward all day. The last adjustment we made at Kansas showed us something, and I am looking forward to this weekend to keep moving the needle. Our No. 1 team has been pretty sharp on 1.5-mile ovals this year, and Texas is a fast one. Continuing to make gains is important and it sets us up for future success on these tracks.” – Michael Annett

“Last time we visited Texas, I felt like we had the car to beat and that gives me confidence as we head back there this weekend with our Sam’s Club/Hellmann’s Camaro. There are only two races left until Phoenix and right now we’re on the good side of that cutoff line, but the points are tight and things can easily change. Our focus is on the execution of staying on top of the things we can control. We plan on getting as many stage points as we can and being there at the end fighting for the win.” – Justin Allgaier

“I always love getting the opportunity to race in Texas. This track is definitely a special one for me and my career, especially since this is where I got my first Truck Series win. We had a lot of speed here last time out in July and I feel really confident that we will unload with that same speed this weekend with our State Water Heaters Chevrolet. This whole No. 8 team has done a great job and we know what our goal is on Saturday and that is to do everything we can to advance into the next round of the playoffs and fight for that owner’s championship. I can’t wait to get back on the track and see what we can do.” – Jeb Burton

“Texas has not treated us well in the past. We were really strong here in the spring and just got bit by the bad luck bug. We’re coming off a rough weekend in Kansas but my Bass Pro Shops/TrueTimber/Black Rifle Coffee team has their heads held high and we know we can go in this weekend and win. We just have to put it all together and be there at the end which I know we are capable of doing.” – Noah Gragson

• JRM at Texas: In 77 NXS starts at Texas Motor Speedway, JRM has one win, 20 top fives and 47 top 10s, along with one pole award (2014). The organization’s lone victory came in 2014 with Chase Elliott. JRM drivers Justin Allgaier, Michael Annett and Jeb Burton had respective finishes of third, fifth and sixth in the first event at Texas earlier this season.
• JRM in the Round of 8: Since the elimination format began for the NASCAR playoffs in 2016, JR Motorsports has claimed two wins, 15 top fives and 26 top 10s in the Round of 8. Both of JRM’s victories in the Round of 8 came at Phoenix Raceway in 2017 and 2019 with William Byron and Justin Allgaier, respectively.
• Bass Pro Shops Blaze Craze: Blaze Craze is back at Bass Pro Shops and they’ve got all the gear in your favorite fall color. Stop by and get everything you will need before heading into the woods this fall. Head over to basspro.com now and check it out!
• Hellmann’s Sam’s Club Ultimate Race Fan Experience Sweepstakes: Don’t forget to enter for a chance to win the Hellmann’s Sam’s Club Ultimate Race Fan Experience Sweepstakes, and get a $5.00 Sam’s Club eGift card when you upload your receipt. The Grand Prize consists of the opportunity to meet Justin Allgaier, two VIP passes to see him race, a tour of JR Motorsports, autographed memorabilia and more! Click here to enter!