The No. 10 Konica Minolta Cadillac DPi-V.R Prepared to Battle for the 2020 IMSA WeatherTech SportsCar Championship at Sebring 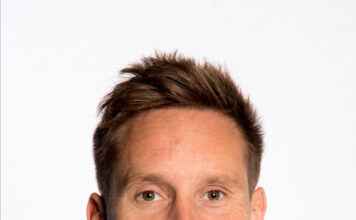 Traditionally held in March but moved to November due to the pandemic, the event has now become this season’s series finale and the stakes couldn’t be higher with the No. 10 Cadillac team which sits just two points out of the points from the leaders in the No. 7 Team Penske Acura AXR-05 of Ricky Taylor and Helio Castroneves. The Konica Minolta team currently also holds a five-point lead in the Michelin Endurance Cup Championship.

In six years of competing at the historic event, the team enjoys an average finish of fourth, having won the 2017 spectacle while finishing second in 2015, 2018, and 2019. Last year marked the closest finish in the event’s 67-year history, with the No. 10 Konica Minolta machine finishing second just 1.030 seconds behind the race-winning car. The team previously competed at Sebring International Raceway in July for the first sprint race in series history there and finished second.

“Sebring is very special to me,” said team owner Wayne Taylor, the 1996 12 Hours of Sebring Champion and 2014 Sebring International Raceway Hall of Fame Inductee. “We’re going to be competing for the 2020 IMSA Championship against my son Ricky in the Acura Team Penske car who is two points ahead of our No. 10 Konica Minolta Cadillac DPi-V.R. This is a two-way battle, but nothing is impossible for other teams to win the championship. Because of the closeness of the points and shortness of teams, it makes it harder for teams who are down a few points to come back. We’re going to be doing everything to beat Team Penske because I want to go out on a very high note for Cadillac as this will be my last race with them. I’d also like to thank IMSA for making all of this happen. This has been a tough year and they’ve done a good job. I can’t wait to be in Sebring in a few days!”

Practice for the 68th Annual Mobil 1 Twelve Hours of Sebring will begin on the morning of Thursday, November 12th, with DPi-class qualifying taking place the following day at 11:05 a.m. EST. Coverage for the race begins on Saturday at 10:00 a.m. EST on NBC Sports, followed by NBC from 3:00 p.m. EST – 6:00 p.m. EST with the broadcast ending on NBC Sports from 6:00 p.m. EST to 10:30 p.m. EST.
RENGER VAN DER ZANDE, No. 10 Konica Minolta Cadillac DPi-V.R
“We have a big thriller of an event coming up with the 12 Hours of Sebring. We’ve been fighting for this championship all year long and it’s come down to the scoring three points more than the No. 7 car and keeping an eye out on the No. 31 car which is seven points behind us. Normally the long races are good for us, but Sebring is a tough race and it’s going to be hot even though we’re late in the season. I think it’s going to be an exciting weekend and we have a strong driver lineup. It’s going to be a long race and all focus is on that as it’s going to be a fight. This will be my last race with Wayne Taylor Racing and I would like to take the opportunity to thank our corporation with a win and a championship. So, the goal is a win.”

RYAN BRISCOE, No. 10 Konica Minolta Cadillac DPi-V.R
“We’ve had an incredible season in 2020 with a couple of big wins at the Rolex 24 and Petit Le Mans. It’s now time for the Sebring 12 and I’m really excited to be fighting for this Championship title. Renger and Scott are amazing teammates and we are all feeling more driven than ever to get this job done!”

SCOTT DIXON, No. 10 Konica Minolta Cadillac DPi-V.R
“Super excited for the 12 Hours of Sebring. It’s definitely a different time and the last race of the season which will be very cool. Winner takes all. The goal is to win the 12 Hour since I’ve never won it before and obviously the team would love to win the championship. So, that’ll be the one goal to win that championship for everyone, so really excited to finish out the season strong and fingers crossed everything goes over smoothly.”

About Konica Minolta
Konica Minolta Business Solutions U.S.A., Inc. is reshaping and revolutionizing the Workplace of the Future™ with its expansive smart office product portfolio from IT Services (All Covered), ECM, Managed Print Services and industrial and commercial print solutions. Konica Minolta has been recognized as the #1 Brand for Customer Loyalty in the MFP Office Copier Market by Brand Keys for twelve consecutive years, and is proud to be ranked on the Forbes 2017 America’s Best Employers list. The World Technology Awards recently named the company a finalist in the IT Software category. Konica Minolta, Inc. has been named to the Dow Jones Sustainability World Index for eight consecutive years. It partners with its clients to give shape to ideas and work to bring value to our society. For more information, please visit us online and follow Konica Minolta on Facebook, YouTube, Linked In and Twitter. Konica Minolta, as title sponsor, highlights Wayne Taylor Racing’s existing lineup of partners that also features Cadillac V-Performance Racing, AMETEK Electronic Systems Protection (ESP /SurgeX) and Powervar, and CIT.