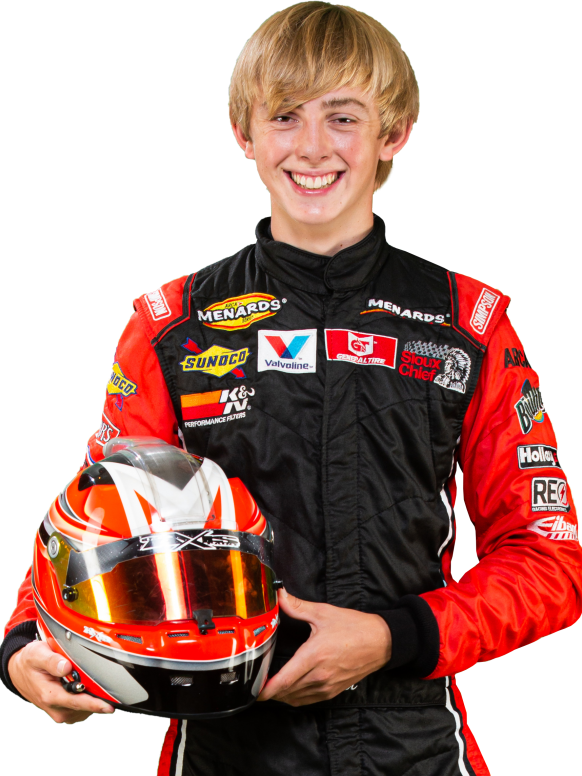 MOORESVILLE, N.C. (Dec. 18, 2020) – DGR-Crosley announced today that 17-year-old up and coming stock car driver Joey Iest, of Madera, Calif., will join its driver development program competing in six ARCA Menards Series East races in 2021, with the potential for other events to be added.

Iest started racing in 2012 at the age of nine. From 2012 to 2016 he raced Quarter Midgets winning many races, club track records and track championships. In 2017, he moved up to the USAC Speed2 Midget Series earning Rookie of the Year. In 2018, he raced both dirt and pavement in the USAC Western Speed2 Midget series where he finished in second place in both the pavement and overall championship standings. Iest also competed in the 51FIFTY Junior Late Model Series for Naake-Klauer Motorsports at both Madera (Calif.) Speedway and Las Vegas (Nev.) Motor Speedway’s Bull Ring.

Iest is the 2019 51FIFTY Jr. Late Model champion at Madera Speedway, and the 2019 Western Speed 2 Midget Series champion as well.

“To be able to drive for a team that has accomplished so much in the sport and offers me the chance to move up from ARCA to the NASCAR Camping World Truck Series when I am ready for that next step is incredible,” Iest said. “I am ready to go to North Carolina and work hard and learn everything I can from David (Gilliland) and the team, as well as to keep learning from Mike Naake and Naake-Klauer Motorsports here in the West as we run late models and ARCA cars out here. I think you improve as a driver the more you race, and I will have two amazing organizations to race with this year. I want to be the best at everything I do. My goal is to step up and win races for both teams next season.”

“Joey has been impressive to watch over the last few years,” said DGR-Crosley co-owner, David Gilliland. “He is a great kid with wins and championships under his belt in everything he has raced so far and has a few starts already in the ARCA Menards Series West. I’m excited to see what he can do with us in the ARCA East series next year.”

Iest’s car number, crew chief and race schedule will be announced soon. For more information about him, visit his website at www.joeyiestracing.com, or follow him on social media by searching Joey Iest Racing.

In its first four years of operation, DGR-Crosley has achieved success in each series tallying up multiple wins and championships. The team operates out of three buildings totaling 60,000 square feet in Mooresville, N.C.