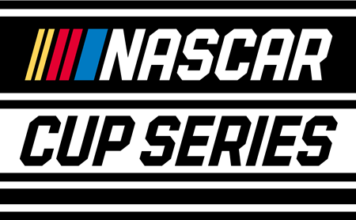 YOU’VE HAD SUCCESS AT DAYTONA. HOW DO YOU NEGOTIATE STAYING OUT THE WRECKS TO BE THERE AT THE END?
“It’s tough. It’s a game of putting yourself in a really position. I call it high-speed chess because you know at some point in time you’re going to be vulnerable. You hope that someone doesn’t take advantage of that too much and cause a big wreck. It’s one of those things where you are constantly moving and trying to guess the flow of the pack. I think the best place to be is in the front most of the time, but it’s impossible now with the way we race to keep yourself up there for the entire race. You see guys do it for long periods of time. Denny Hamlin has been pretty amazing at putting himself in the right position as of late. I’m going to do my best this time around to put ourselves in position for another shot at the Daytona 500.”

DO YOU FEEL IT COMING OR DOES IT HAPPEN TO FAST THAT YOU’RE JUST IN IT?
“Sometimes you’re in it, and there is nothing you can do about it because you know time is running out and you’re in it either way. It’s an odd feeling knowing your putting yourself out there and something is about to happen. That timing issue… you’re hoping you just get through it. I’ve been fortunate to sneak through some of them or be in front of some of them. You usually know when the intensity is rising and the pack is starting to get a little bit out of control. You try to do your best to give yourself an out or be in front of it.”

YOU WON THE DAYTONA 500 20 YEARS AFTER DALE EARNHARDT, WHAT WOULD IT MEAN TO TAKE THE STING OF 20 YEARS AFTER HIS DEATH TO WIN THE RACE AGAIN?
“It would be amazing and huge for the company, RCR and all the ‘3’ fans out there. Numbers have a lot to do with history at Daytona and the prestige of this place. If there is anything that goes along with that, I would love to go back to Victory Lane at Daytona and do that again.”

WHAT HAVE BEEN YOUR EMOTIONS LEADING UP TO THE ANNIVERSARY?
“You definitely know of the anniversary. People bring it up often in interviews. I remember that time and being a kid, seeing some of the people that I looked up to as being vulnerable at that time. My grandfather, seeing tears in his eyes and my mother, and not really knowing what was going on other than we lost a hero of our sport. So many people have been affected by that. Going to the museum as a kid and seeing the flowers lined up and all the different homages to Dale over the years… it’s one of those things that you’ll never forget because a hero of sport passed away. Hopefully we have done a good job as a sport and as a whole of carrying on his legacy. Fans today are always still wearing his gear and rockin’ it for Dale.”

RCR HAS HAD A LOT OF ALLIANCES IN THE PAST BUT KNOW YOU HAVE TRACKHOUSE. HOW WILL THAT ELEVATE RCR?
“Any time you can get more people and more smart minds in the shop is good. Daniel’s experience from other teams like Stewart-Haas and Gibbs, and Erik right up the street at Petty, hearing how things work where they have been is going to be big for us. I’ve only raced at RCR, so I haven’t had many people come in from outside and give us the insight they can give us. It’s going to be fun to listen to them on how they’ve done things in the past, how we do things, how they mesh and how we can take some of the things that they’ve done in the past that worked and gain on them to make them better. It’s going to be awesome having Team Trackhouse in the shop. Justin Marks is a breath of fresh air. He’s been in the shop a lot, and they’re really excited. It’s cool for our sport to have Pitbull. The Pitbull-MJ battle is going to be awesome this year. Obviously, I’ll be pulling for Pitbull because he’s in our shop.”

YOU’VE GOTTEN LAPS IN THE CAMARO AT COTA AND YOU’VE DONE THE ROLEX 24. HOW HAVE THOSE HELPED BOOST YOUR ROAD-RACING SKILLS?
“From the short time I’ve jumped in the simulator and gotten in and out of other cars, I’ve been able to pick up speed a bit quicker. I want to do more and more road racing. I’ve got millions of laps in a dirt car and millions of laps in an oval car, but not in road-course races. That comfort of being around other cars is being better. My confidence is higher. I can’t wait to race Tuesday night in the Clash. That’ll be a fun one and a kind of test session to get us ready for the first race outside the 500. We’re taking it as a test session and are really focused on being aggressive with the adjustments on the car and how I drive in that race.”

WHAT JUMPED OUT AT YOU ABOUT THE DAYTONA ROAD COURSE FROM THE ROLEX 24?
“It’s not so much of a technical track like some of the tracks that we go to that are road courses. It’s pretty self-explanatory. I like the fact that the tires seem to wear quite a bit at the track. I haven’t gotten to run the new chicane coming off Turn Four, so I need to make sure I try to stop when I get over there this time around from the Rolex to this race. I enjoyed it and I think the experience I got in the 24 was great and we’ll see how it all plays out in the end after we get done racing in the 500.”

WHAT, IF ANYTHING, CHANGES THIS YEAR WITHOUT JIMMIE JOHNSON IN THE SPORT?
“Jimmie is a seven-time champion, and anytime you lose a seven-time championship it’s a different era. There are a lot of shoes to fill in NASCAR. A lot of young drivers are coming in and guys that fans can attach to. It’s a good time to be in our sport. MJ and Pitbull coming in is another part of it that adds to the mix. I think the biggest part of what’s going on in our sport is the change and showing people how awesome our family-friendly sport is and that it’s a good time to pick out a driver, support them and become a fan of NASCAR.”

WHAT WILL BE THE MOST DIFFICULT NEW TRACK, AND HOW IMPORTANT IS TO CHANGE UP THE SCHEDULE?
“It’s always good for our sport to change races, change venues and try new things. It’s great to have a fresh schedule. The most challenging track… probably for the teams I’d guess COTA. There is so much that it has to offer. I feel like it has multiple road courses in one, and it’s one of the biggest tracks we’ve ever gone to. Teams have some experience at Road America from the Xfinity Series, so probably not that one as much. There are different challenges that all these new tracks provide, but I’d say COTA will be the most challenging for teams and anyone that doesn’t have experience there.”

HOW DO YOU THINK THE BRISTOL DIRT RACE WILL PAN OUT?
“I didn’t say Bristol because I’m looking forward to that and being in a dirt race. I think it will be challenging for the teams and a bunch of the drivers. It’ll be different for sure in trying to keep your cars together on the dirt. Some people that are very comfortable at other tracks are not going to be as comfortable at Bristol.”

HOW MUCH MOMENTUM FROM 2020 TRANSITIONS TO THIS YEAR?
“We have a good amount. We kept most of our team together on the 3 car. I think that’s big. Over the last couple of years, we’ve had people swapping around and changing. It’s good to have continuity in the team and have my crew chief, spotter and everyone ready to go. Chevrolet has done a good job in the offseason of really pushing the togetherness and working hard together. That’s the biggest thing… giving us more opportunities to win that we’ve had in the past. The momentum from last year was huge, and I want to carry that over.”

DO YOU THINK YOU HAVE A GOOD CHANCE TO GET BACK TO THE PLAYOFFS AND BETTER THAT RESULT?
“That’s what we’ve worked for in this offseason – to go farther than we did last year. Other than the one hiccup we had at Vegas with the belt, I thought we would have gone to the next round. We had a pretty solid round other than breaking there. We’ll be pushing hard. Multiple wins this year is key to that success to go farther than we did this year. One win is nice. But if you see the guys who are in the final four and they have multiple wins. So, I think that is our first goal: to get multiple wins and see what happens from there. That’s a successful season in my book, when you can get multiple wins in the NASCAR Cup Series.”