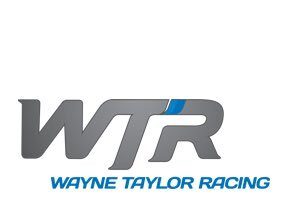 Brownsburg, Ind. (March 31, 2020) – Wayne Taylor Racing is pleased to announce that Ashton Harrison will be joining the HPD GT3 Driver Academy for the class of 2021. Harrison will drive the Acura NSX GT3 where she will learn the essentials of becoming an endurance race car driver through training from experienced HPD drivers, teams, and personnel outside of a standard race weekend.

The HPD GT3 Driver Academy’s purpose is to provide crucial tools for up-and-coming drivers so they can reach the highest levels of motorsport thanks to a four-weekend program. Veteran drivers will share their experience on topics such as driver changes, driving at night, working and communicating with engineers, in and amongst other areas, in order to prepare the drivers to the next level of motorsport.

Along with her HPD Academy commitments, Ashton Harrison will also be competing in her third season with Wayne Taylor Racing in the AM class in her No. 25 Harrison Contracting LST throughout the Lamborghini Super Trofeo North America Season. Harrison was the first female to win a Lamborghini World Finals race in the LB Cup category back in 2019, before graduating to the PRO-AM class with Andrea Amici for 2020 where they earned one win, seven podiums, three pole positions and two fastest laps.

“I am so pumped to be joining the HPD Academy this season,” a delighted Ashton Harrison exclaimed. “I’m very much looking forward to getting some seat time in the Acura NSX GT3 and working alongside some very, very talented Acura drivers. I am thankful to Harrison Contracting and Wayne Taylor Racing for setting this up and giving me the opportunity to grow into something new. It’s shaping up to be a busy year and I can’t wait to get the season started!”

Ricky Taylor, driver of the No. 10 Konica Minolta Acura ARX-05 will return to the program as a mentor alongside fellow veteran HPD drivers, and he is looking forward to assisting Ashton Harrison throughout the HPD Driver Academy.

“Ashton is gearing up for a big season in 2021,” said Taylor, two-time IMSA WeatherTech SportsCar Champion. “The Acura NSX GT3 Academy is going to be an incredible supplement to her program. She will gain some valuable time in the NSX GT3 with a top-level team to round out some important details to make her an even more complete driver.”

Further information regarding the 2021 HPD Academy season will be released in the coming weeks.

ABOUT HARRISON CONTRACTING
Harrison Contracting Company (HCC) (www.harrisoncontracting.com) is a commercial painting and facility maintenance contracting company headquartered in Villa Rica, GA with divisional offices in Florida and Texas. HCC provides repainting/reimaging and facility maintenance services nationwide, and new construction painting across the southeastern US. At HCC, red is more than the company color, its culture. RED stands for Reliable, Experienced, and Diligent, and is the cornerstone for all we do. We are more than just your painter; we are your partner.