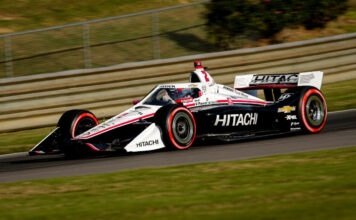 DETROIT (April 21, 2021) – Chevrolet drivers this weekend turn their attention from a flowing and fast road course to a tight and technical temporary street course for the 17th annual Firestone Grand Prix of St. Petersburg.

Competing on the divergent venues a week apart poses challenges for Chevrolet teams and distinct tests for the 2.2-liter, twin-turbocharged, direct-injected V6 engine.

“The start of the 2021 NTT IndyCar Season is very unique mix of a permanent road course, a technical street course and a very fast mile-and-a-half banked oval,” Chevrolet INDYCAR program manager Rob Buckner said. “This diversity challenges Chevy engineers with our technical partners working with each of our Chevy powered teams to find the best combination to maximize handling and power. This weekend our Chevrolet teams and drivers head to the challenging Streets of St. Petersburg for the second race of the season.

“While Chevrolet didn’t leave Barber with the W, we had four different Chevy-powered organizations bring home a top-six finish. That result speaks highly to the level of hard-work that occurred during the off season. We take all the learnings from each race and continue to build toward accomplishing the goals we have set for the season.”

Eleven cars powered by Chevrolet’s efficient powerplant will seek to take the checkered flag in the 100-lap/180-mile race April 25.

Since returning to NTT INDYCAR SERIES engine manufacturer competition in 2012, Team Chevy drivers have won seven of the nine races on the 1.8-mile, 14-turn temporary circuit that includes downtown streets and a runway of Albert Whitted Airport. Chevrolet drivers have also corralled 17 of the 27 podium finishes.

In that time covering 150 races, Chevrolet has amassed 89 victories and earned 100 poles.

“I said to the guys, if we do this week in and week out – just solid races with no mistakes – I promise you we will absolutely have a great chance at winning the championship this year,” said Power, whose 62 career poles are second Mario Andretti’s 67 on the all-time list. “I’m determined to have a good day at St. Petersburg.”

Sebastien Bourdais, who gained 11 positions relative to his starting spot to finish fifth at Barber in the No. 14 ROKiT AJ Foyt Racing Chevrolet, is also a two-time winner of the event. Last October, in the event that was rescheduled because of COVID-19 to be the season finale, the St. Petersburg resident scored a fourth-place finish in the AJ Foyt Racing Chevy.

“I’m really excited for Round 2 of the NTT INDYCAR SERIES at St. Petersburg at home. It’s a great track and I have some really good memories, so hopefully we can make some more,” Bourdais said.

NBC will telecast the race live at noon ET April 25. The race will also be broadcast live on INDYCAR Radio Network affiliates, Sirius 211, XM 205, Indycar.com, and on the INDYCAR Mobile app powered by NTT DATA. Practice, live qualifications and the race day warm-up will stream on Peacock Premium.