Making NASCAR More Likeable For Everyone 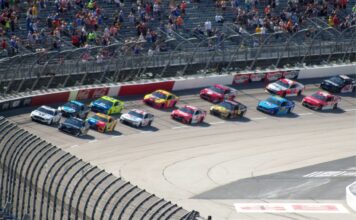 If you ask any true fan of NASCAR racing, they will definitely without a shadow of a doubt tell you that there is no sport that compares to it. Stock car racing has everything a NASCAR odds fan of high octane and adrenaline-filled sports wants. You would think that an impressive blend of skill, technology, speed, and furiousness, with some really cool-looking cars too, would make NASCAR a sure-fire all-around hit in the sporting realm, yet NASCAR racing has always fallen victim to being more of a specialty fan activity.

Now let’s not shy away from NASCAR’s sports worth. Winning races require a lot of work from team engineers, mechanics, pit crews and of course their drivers, all things that make for great sports action. So what can NASCAR do to break out of their specialty sports world and take a bigger spot in the sporting scenario?

Understanding The Problems In Order To Make NASCAR Cool For Everyone

NASCAR races have been an entertainment point for generations for almost 80 years in the United States. From colorful beginnings that have tie-ins with the US prohibition era until becoming the billion-dollar sporting event that it is, NASCAR is still delivering some top high octane action for racing fans around the world doing this while racing through times and changing trends in our world.

In the last 5 years though NASCAR has recorded a staggering 50% viewership drop along with a substantial decline in admissions to races that has varied from 12 to 30%, all these being figures that have the sport of stock racing looking for ways to reinvent themselves before losing the race against time and popularity. Changes need to happen, that’s a given, and finding more suitable ways to still remain relevant nowadays should be the biggest focus, their first place checkered flag finish.

Watching a NASCAR race is as much of a commitment for a sports fan as watching a baseball game or a golf event, you know you’re in for a long haul. While racing fans are ok with this, other sports fans favor more time crunching, action-packed activities, something that NASCAR is not necessarily known for. Yes, it is a sport that relies on blasting speed, but at the same, it’s one of patience. Simply put new and casual fans that might be looking into taking up NASCAR racing as a new interest are not necessarily looking to be invested in such long races. Also, take into account that a regular race is usually a 500-mile event.

While shortening races has been done and met with apprehension from regular fans, the irony in it all is that the races that have already been shortened have become more exciting and meaningful events. Yes, stock car racing is a sport but it’s also an entertainment event and offering the best value both in the sport and entertainment fields can only mean better results and revenue for NASCAR.

If there’s one thing that different sports teams, leagues and organizations have understood plentifully is the fact that in order to succeed moving forward then technology and all it offers needs to be embraced. While NASCAR is sometimes seen as a sport for older fan bases, given that the majority of its fans are usually over the 40-year-old mark, with the constant and non-stop rise of the internet, social media and other platforms of communication, entertainment, and engagement this is a safe haven where NASCAR should be focusing.

By having the NASCAR organization as well as race teams and racers be more present on social media platforms, allowing fans to feel more in touch with the sport and its competitors it can bring in a whole new wave of fans. Let’s face the facts like they are, car racing is cool, stock racing is cool, so why not continue to make a bigger effort to show that to the general population.

The social media equation is quite simple, if you want your product to be seen and you want to profit from it then you have to have a very strong social media game. Giving die-hard NASCAR fans as well as emerging fans the opportunity to feel as much of a part of the action as possible in the commodity of their cell phones, computers or pads will bring the people in and give NASCAR the credit it deserves.