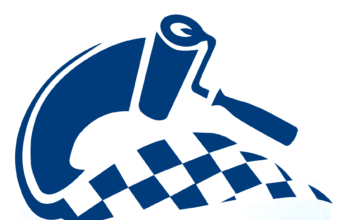 The stars and cars of the ARCA Menards Series return to the legendary Berlin Raceway, located just west of Grand Rapids in Marne, Michigan, on Saturday night, July 17 in the Zinsser Smart Coat 200. The event marks the return of the nationally touring, nationally televised stock car series to West Michigan after a two-year hiatus.

“Berlin Raceway has a long history of hosting some the biggest short track events in the Midwest and we’re proud to carry on that tradition again with the Zinsser Smart Coat 200,” said Berlin Raceway president and general manager Jeff Striegle. “Our fans are always tuned up for long-distance races, and at 200 laps there’s a lot of racing to be done. It’s a great distance because the drivers have to be patiently aggressive. There’s no time to waste but there’s also an element of strategy. We’re looking forward to a great race in front of a lot of great race fans.”

The Zinsser Smart Coat 200 is the second of four straight Saturday night short track events and promises to be one of the highlights of the summer stretch. The Saturday night event is scheduled for live, flag to flag broadcast on MavTV, and streaming on NBC Sports Gold’s Track Pass digital platform.

Zinsser, a Rust-Oleum brand of primers, sealers, and coatings, was reintroduced to the ARCA Menards Series in 2020 when the company served as the entitlement sponsor at Lebanon I-44 Speedway. Zinsser also served as a team sponsor in the late 1990s, sponsoring ARCA legend Jack Bowsher’s team with driver Bob Strait.

Ticket and race information is available at BerlinRaceway.com. The day’s track activity will start at 4:15 pm with a 45-minute practice, followed by General Tire Pole Qualifying at 6 pm ET. The green flag will wave on the Zinsser Smart Coat 200 shortly after 8 pm ET. The race will be televised live flag-to-flag on MAVTV and streamed live on TrackPass on NBC Sports Gold.

About ARCA: The Automobile Racing Club of America (ARCA), founded in 1953 by John and Mildred Marcum in Toledo, Ohio and acquired by NASCAR in April 2018, is the leading grassroots stock car sanctioning body in the United States. Bridging the gap between NASCAR’s top three national touring series and weekly racing all across the country, the organization is scheduled to administer more than 100 events in multiple racing series in 2020, including the ARCA Menards Series, ARCA Menards Series East, ARCA Menards Series West, the ARCA/CRA Super Series, and the ARCA Midwest Tour, plus weekly racing at Toledo and Flat Rock Speedways. For more information about ARCA visit www.arcaracing.com, or follow ARCA on Facebook (@ARCARacing) and Twitter (@ARCA_Racing).

About Menards: A family-owned and run company started in 1958, Menards is recognized as the retail home center leader of the Midwest with 236 stores in 15 states. Menards is truly a one-stop shop for all of your home improvement needs featuring a full-service lumberyard and everything you need to plan a renovation or build a home, garage, cabin, shed, deck, fence or post frame building. You’ll find a large selection of lumber, roofing, siding, construction blocks, trusses, doors and windows, plus cabinets, appliances, countertops, flooring, lighting, paint, plumbing supplies and more. To complete the job, Menards has quality hand tools, power tools, fasteners, electrical tools plus storage options and supplies for everyone from the weekend warrior to the pro!

Menards is known for friendly Customer Service and as the place to “Save Big Money” with low prices every day, and sales too! For more information, please visit Menards.com to learn about our store locations, offerings and services.