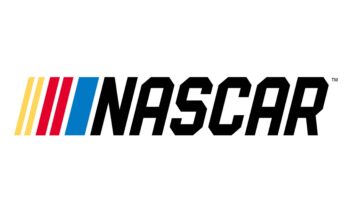 DAYTONA BEACH, Fla. (July 21, 2021) – NASCAR® and Penn Interactive, a subsidiary of Penn National Gaming, Inc. (PENN: NASDAQ) (“Penn National” or the “Company”), announced today a new multi-year market access partnership in the state of Arizona. As part of the agreement, Penn National’s Barstool Sportsbook will become the exclusive Sportsbook of Phoenix Raceway and is expected to gain access to the Arizona sports betting market.

“Phoenix Raceway is a state-of-the-art entertainment destination that prides itself on delivering a best-in-class fan experience,” said Phoenix Raceway President Julie Giese. “Our partnership with Penn National Gaming and Barstool Sportsbook takes this to another level. It will help us continue our mission of redefining the way we engage fans and connect with new audiences.”

Penn National is the nation’s largest regional gaming operator, with 42 properties in 20 states. Penn Interactive operates retail and online sports wagering and iCasino for the Company, including the online Barstool Sportsbook, which is currently live in Illinois, Indiana, Michigan and Pennsylvania. The partnership with Phoenix Raceway reflects Penn National’s strategy to continue evolving into the leading omni-channel gaming provider as the only operator with a fully integrated sports media and entertainment partner.

“Barstool Sportsbook has proven itself to be a market leader in the jurisdictions where it has launched due to a combination of unique offers and a leading mobile experience,” said Jon Kaplowitz, Senior Vice President of Penn Interactive. “This new partnership will allow us to engage a passionate sports fan base in Arizona while having access to a best-in-class sports entertainment facility in Phoenix Raceway.”

As the exclusive sportsbook of Phoenix Raceway, Barstool Sportsbook is expected to take an active role in promoting NASCAR odds across its properties and sports betting app. Barstool Sportsbook will feature unique promotions and odds boosts for fans betting in Arizona and will be prominently featured with at-track signage and via NASCAR’s social and digital channels.

“As our first authorized gaming operator, Penn National has been invested in engaging NASCAR fans since we began building our position in the sports betting space,” said Tim Clark, Chief Digital Officer, NASCAR. “We couldn’t be more excited to provide our partners with access to our passionate fan base in the greater Phoenix market.”

In 2020, Penn National became NASCAR’s first authorized gaming operator, marking its first partnership with a professional sports league. Additionally, the Company extended its race title sponsorship with Kansas Speedway, where it operates Hollywood Casino on turn two of the racetrack, through 2026.

With the nation’s largest and most diversified regional gaming footprint, including 42 properties across 20 states, Penn National continues to evolve into a highly innovative omni-channel provider of retail and online gaming, live racing and sports betting entertainment. The Company’s properties feature approximately 50,000 gaming machines, 1,300 table games and 8,800 hotel rooms, and operate under various well-known brands, including Hollywood, Ameristar, and L’Auberge. Our wholly-owned interactive division, Penn Interactive, operates retail sports betting across the Company’s portfolio, as well online social casino, bingo, and iCasino products. In February 2020, Penn National entered into a strategic partnership with Barstool Sports, whereby Barstool is exclusively promoting the Company’s land-based and online casinos and sports betting products, including the Barstool Sportsbook mobile app, to its national audience. The Company’s omni-channel approach is bolstered by the mychoice® loyalty program, which rewards and recognizes its over 20 million members for their loyalty to both retail and online gaming and sports betting products with the most dynamic set of offers, experiences, and service levels in the industry.

This press release contains “forward-looking statements” within the meaning of the Private Securities Litigation Reform Act of 1995. These statements can be identified by the use of forward-looking terminology such as “expects,” “believes,” “estimates,” “projects,” “intends,” “plans,” “goal,” “seeks,” “may,” “will,” “should,” or “anticipates” or the negative or other variations of these or similar words, or by discussions of future events, strategies or risks and uncertainties. Such statements are all subject to risks, uncertainties and changes in circumstances that could significantly affect the Company’s future financial results and business. Accordingly, the Company cautions that the forward-looking statements contained herein are qualified by important factors that could cause actual results to differ materially from those reflected by such statements. Such factors include, but are not limited to, risks related to the following: (a) the magnitude and duration of the impact of the COVID-19 pandemic on capital markets, general economic conditions, unemployment, consumer spending and the Company’s liquidity, financial condition, supply chain, operations and personnel; (b) the launch of the Barstool Sportsbook app is subject to regulatory approvals, which may be delayed; (c) the impact of significant competition from other companies for online sports betting; (d) the Company’s ability to achieve the expected financial returns related to its Barstool Sportsbook app; (e) the risk of failing to maintain the integrity of the Company’s information technology infrastructure and safeguard its business, employee and customer data in connection with the Company’s online sports betting; (f) the Company’s and its business partners’ ability to obtain various regulatory approvals required to own, develop and/or operate the Barstool Sportsbook app may be delayed or may not occur; and (g) other factors included in “Risk Factors” of the Company’s Annual Report on Form 10-K for the year ended December 31, 2020, subsequent Quarterly Reports on Form 10-Q and Current Reports on Form 8-K, each as filed with the U.S. Securities and Exchange Commission. The Company does not intend to update publicly any forward-looking statements except as required by law. In light of these risks, uncertainties and assumptions, the forward-looking events discussed in this press release may not occur.