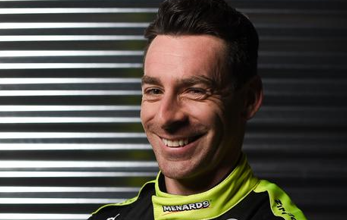 PORTLAND, Ore. (Sept. 10, 2021) – Diego Valeri, one of the greatest Major League Soccer players of all time for the hometown Portland Timbers, will serve as the honorary grand marshal for the Grand Prix of Portland which began this morning and runs through Sunday at Portland International Raceway (PIR).

Valeri, the attacking midfielder from Valentin Alsina, Argentina, who recently scored his 100th career goal with the Timbers on July 21, will give the command for 27 NTT INDYCAR SERIES drivers to start their engines on Sunday at 12:35 p.m. PDT. The green flag flies on the field at 12:42 p.m PDT.

“I am thrilled and honored to serve as the grand marshal for the Grand Prix of Portland,” said Valeri, who has been with the Portland Timbers as a player since 2013. “This is one of the premier events in the Pacific Northwest, and I can’t wait to experience my first Indy car race right here in Portland on Sunday.”

“Diego (Valeri) is one of the most revered professional athletes in the Rose City. It’s an honor to have him join us for this much anticipated weekend after the disappointment for us all in missing out on the Grand Prix of Portland last year,” said Jerry Jensen, general manager of the Grand Prix of Portland. “We’re expecting a great crowd, and can’t wait for his command to start the INDYCAR race on Sunday afternoon to cap off the race weekend at PIR.”

In addition to Sunday’s featured 110-lap (216.04 miles) NTT INDYCAR SERIES race, the ARCA Menards Series is the Saturday headliner with a 4:30 p.m. PDT green flag start. Former NTT INDYCAR SERIES champion and Indianapolis 500 winner Simon Pagenaud will give the command for these rising stars of NASCAR to start their engines as the grand marshal of the race.

In addition to Valeri and Pagenaud serving in these honorary roles, some remembrances and activities will occur on Saturday, Sept. 11th by both the NTT INDYCAR SERIES and ARCA Menards Series motorsports communities. These special moments will honor the victims and first responders at the Grand Prix of Portland on the day of the 20th anniversary of 9/11.

Ticket prices start as low as $20 for Single Day General Admission and $70 for Single Day Grandstand seats. Three-day tickets remain available for purchase and offer the best fan value. General Admission for the entire weekend is just $65, and a 3-Day Grandstand reserved seat starts at $85 which includes gate admission. Children 12 and under receive free general admission to the event. This also includes complimentary access to the NTT IndyCar Series Paddock throughout the weekend when accompanied by a ticketed adult.