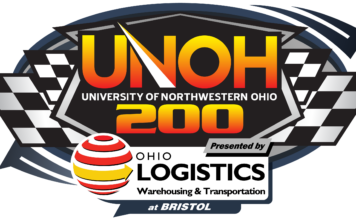 Back2Back: Sheldon Creed is moving on to the Round of 8 in the NASCAR Camping World Truck Series Playoffs, a round that will feature Las Vegas Motor Speedway, Talladega Superspeedway, and Martinsville Speedway. After the points reset, Creed finds himself sitting second in the standings, 20 points above the cutline heading into Las Vegas.

Quote: “I knew I was going to get hit at some point, but it hurts nonetheless. We’ve had three really fast trucks to open up the Playoffs and and it’s been really fun to go out there and dominate races. I’m having a lot of fun right now and I’m looking forward to heading to Vegas and setting our team up to make it to Phoenix.”

21in21: Zane Smith enters the Round of 8 reseeded fourth in the championship standings. Though admittedly this first round was not the team’s best, don’t ever count out a group of fighters. Smith and the No. 21 team look to make a statement during the Round of 8 opener in Las Vegas, the track that is close to his hometown of Huntington Beach, CA.

Quote: “What a tough night having to go to the back. I wish I could have been up there to help my teammate, because man I hate it when other teammates do stuff like that. I can’t wait till we finally have one of these races without a penalty, it should be a whole lot easier.”

Quote: “I thought we had a really fast truck tonight. We started off pretty loose, but Jeff Hensley made some great adjustments to tighten our truck up. We started to make our way through the field and I thought we were able to contend for a Top 10 run, but got involved with a mess on the front stretch and hated to see our night end like that. Onto Las Vegas.”

Quote: “All of the people at GMS Racing, from top to bottom, were awesome to work with. It’s great exposure for Mayhew Tools and myself, as we are a team. The biggest thing was completing all 200 laps and getting the experience, doing the pit stops, and not getting sucked into a wreck. I think we had a truck that could have competed in the top-five or the top-10, if we were there. With the flow of the race, with all of the cautions, and a few mistakes on restarts… any time we lost spots, we were able to make them back up.”

Quote: “What an unfortunate way to end our night. We had a great truck with lots of speed, but that speeding penalty on pit road put us in the back where we shouldn’t have been. It sucks that we weren’t able to get a good finish after our awesome night, but we will race it out in Las Vegas.”