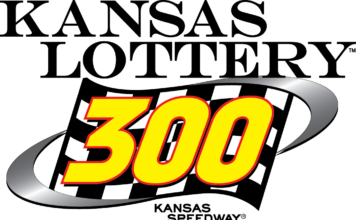 Michael Annett
No. 1 Pilot Flying J Chevrolet
• Michael Annett enters this weekend’s race at Kansas Speedway on a run of three straight top-eight finishes at the 1.5-mile oval. Annett finished eighth in his last two starts there, with a fourth-place run in the fall of 2019 as his best finish in 10 total starts.
• The No. 1 team enters the second race of the Round of 8 in the owner’s championship playoffs eighth in the standings, just 19 points off a transfer spot to the Championship 4 with two races remaining.
• The Iowa native will return to his familiar Pilot Flying J livery this weekend, with Pilot Flying J’s MyRewards Plus messaging on the TV panel.

Sam Mayer
No. 8 QPS Employment Group Chevrolet
• Sam Mayer will make his first NXS start at Kansas Speedway this weekend in the QPS Employment Group Chevrolet.
• Mayer brought home his best 1.5-mile finish in his first start on an intermediate track. The 18-year-old finished ninth at Atlanta to earn his first NXS career top-10 effort in only his third start.
• To date, Mayer has tallied four top-10 finishes and has led a total of 57 laps with his most recent top 10 coming at the Charlotte Roval.
• Throughout the 2021 season, the No. 8 team has posted one win (Martinsville Speedway), four top fives and 11 top 10s.

Noah Gragson
No. 9 Bass Pro Shops / TrueTimber / Black Rifle Coffee Chevrolet
• Noah Gragson will make his 100th career NXS start on Saturday. His first start came on April 20, 2018 at Richmond Raceway, and the then-18-year-old Las Vegas native finished second.
• Noah Gragson enters the second race of the Round of 8 in the NXS Playoffs this weekend as the fourth seed in the playoff standings, two points above the playoff cut line.
• On 1.5-mile tracks this season, Gragson has finished third in the last three races (Texas, Las Vegas and Atlanta). Overall, the young driver has five top-five and six top-10 finishes in eight 1.5-mile starts this season.

Justin Allgaier
No. 7 BRANDT Professional Agriculture Chevrolet
• Justin Allgaier enters the second race in the Round of 8 third in the NXS Playoff Grid, four points above the cut line.
• In 11 previous NXS starts at Kansas, Allgaier has scored three top fives and eight top 10s.
• According to NASCAR’s loop data statistics, Allgaier ranks first in quality passes (374), first in positions gained in the final 10 percent of a race (22), second in laps run inside the top 15 (1,706) and second in green flag passes (471) at Kansas.
• In nine starts on 1.5-mile tracks this season, Allgaier has earned one win (Atlanta Motor Speedway – March), five top fives and six top 10s.

“Our Pilot Flying J Chevrolet has been solid at Kansas the last three times we’ve raced there, and our run last week at Texas was solid all the way around. We had speed and could race with the leaders. I expect to have the same thing this weekend and to move forward in the owner’s playoff standings. We made good progress last week, and we need to do that again to have a chance to move on to the Championship 4 after Martinsville.” – Michael Annett

“Kansas will be interesting this weekend for sure. We’ve had good speed all season long on the mile-and-a-half tracks and I feel confident that that will continue again on Saturday with our BRANDT Professional Agriculture Chevrolet. Hopefully we can have a smooth day, earn stage points at the end of both stages and be in contention for the win to get ourselves in as good a position as possible to move on in these playoffs. We all know what we need to do, now we just need to go out and execute the same way we have been all season.” – Justin Allgaier

“We ran towards the front for a lot of the race last weekend in Texas and hopefully we can do more of the same in Kansas. There are more grooves to use in Kansas which will lend itself to make more passes. It’s another new track for me so the quicker I can learn the better we will be towards the end of the race. Hopefully this QPS Employment Group Chevrolet can be in contention for the win.” – Sam Mayer

“Dave (Elenz, crew chief) and this No. 9 Bass Pro Shops/TrueTimber/Black Rifle Coffee team gave me a fast car last year until we wrecked following a restart and had our only finish worse than third in the playoffs. I know I will have another good car this weekend, we just need to put the entire race together and we will be there at the end. We only have two more opportunities to lock ourselves into Phoenix and it starts this weekend.” – Noah Gragson

• JRM at Kansas: JRM has competed in the “Land of Oz” a combined 44 times in the NXS. Over the course of those 44 starts at the 1.5-mile facility, the organization has tallied 13 top fives and 25 top 10s, while holding an average finish of 13.5. JRM has finished in the runner-up position three times (2014, 2016, 2020). It’s one of only six active facilities where JRM seeks its first victory.
• #makeovermybackyard: Enter for your chance to win a Backyard Makeover Shopping Trip at Sam’s Club with Justin Allgaier*. Buy any participating Knorr, Lipton, Hellmann’s or Best Foods Real Mayonnaise product at Sam’s Club or samsclub.com between Oct. 14, 2021 and Nov. 30, 2021 to enter to win a three-day trip to Charlotte, N.C. for a $6,000 Shopping Trip to Sam’s Club with JR Motorsports driver Justin Allgaier for an outdoor/backyard makeover. *NO PURCHASE NECESSARY TO ENTER THE SWEEPSTAKES. Void in AK, HI and where prohibited.
• myRewards Plus™ app: Save time and money on the road at Pilot Flying J Travel Centers and One9 Fuel Network locations with the myRewards Plus™ app, the rewards program made for drivers™. The app offers more of what matters on the road: more savings, more convenience and more time-saving features to plus-up your next stop. Professional drivers can earn up to four points per gallon only in the myRewards Plus™ app by activating the tiered points program every month. It has a trip planner, which has exclusive offers to find the best places to stop and save along the road with clean, fast and friendly service at Pilot Flying J Travel Centers

Miguel Paludo Returns to JRM and NASCAR Xfinity Series in 2022