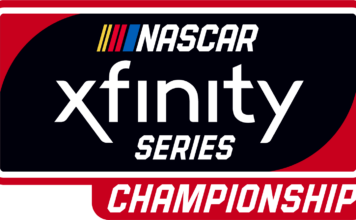 WAS THAT GOOD RACING? “If everyone in the stands enjoyed it, it’s good racing. I’m very appreciative of the opportunity to race on such a big stage. The opportunity to race for Roger Penske and represent Ford Performance, our companies and all of our sponsors that have helped us this season. It would have been awesome to finish this out. I felt like we had a dominant race car. I felt like we did everything right. Come up a little bit short. Sometimes it’s like that way. Unfortunately, at the end of both seasonal championships this year I’m getting obviously moved out of the way and doored, but that’s hard racing. That’s why everyone enjoys watching this series. It’s because there’s a lot on the line. I’m thankful for the opportunity and pissed to be second for like the third week in a row.”

WHAT GOES THROUGH YOUR MIND ON THE OVERTIME RESTART? “I know my left-rear bumper cover is as vulnerable as ever. Obviously, Daniel was in position to be the advocate of that and he certainly used it and he’s the champion because of it.”

AND YOU WOULD HONOR HIS CHAMPIONSHIP? “Yeah. He’s over there. I’m over here. He’s the champion.”

BUT IT WAS A GOOD YEAR FOR YOU GUYS. “Yeah, absolutely. That’s why it’s so frustrating to come up so short. One lap. One lap is all you need, maybe one restart. You never know, but to make it this far and have the season we’ve had. The stats obviously show the consistency and the way our team has performed throughout the season. It doesn’t matter what type of racetrack. I work with some of the best people in this sport and I’m a better driver because of it.”

YOU WON THE OWNER’S CHAMPIONSHIP TO PRESENT TO THE TEAM? “Yeah, that’s really poetic. Obviously, this 22 car has won so many owner’s championships over the years with so many great drivers. My first race in this 22 car was in 2017 and they won the owner’s championship then. I guess I get to close that one out I guess as ironic as that might be.”

TAKE US THROUGH THE LAST LAP: “Certainly not how I would have wanted it to go. Just trying to get clear off the top. I have put myself in too many bad spots giving people the bottom. I am not sure if I should have drove in shallower or softer or whatever it may be. I feel like I was pretty vulnerable with how close he still was to me and still packing left rear air. I got a little free into three and that is all she wrote. Obviously disappointed to have the car we had and the success we had this year and not be able to close it out. We put ourselves in position and sometimes that is all you can do.”

HOW DO YOU SUM UP WHAT THIS SERIES HAS MEANT TO YOU IN YOUR CAREER AS YOU MOVE TO THE CUP SERIES NEXT YEAR? “I think it has defined me as a driver in the sport. I mean that in a lot of ways. I’ve shown up not knowing much about what I have been doing. From there, I have driven so many different types of cars and bring all those experiences and probably the most unique situation as possible as far as a competitor and what other drivers might expect from me. I have had to mature a lot and I have had to go from not being respected to where I feel like I am respected and it has been a fun journey. I am very appreciative of it.”

RILEY HERBST, No. 98 Monster Energy Ford Mustang — “I think we had a little bit going on with the motor and the power-steering, so the short runs we were loose and it was really hard to drive because I couldn’t counter steer to the right, just because the power-steering was going in and out. I was begging for long runs because once we got spread out and I could start just being easier on the front tires and then ultimately be easier on the steering. Thank you to Monster Energy, Ford Performance, Stewart-Haas Racing. It’s a good way to close out this year after kind of a really bumpy year to be honest with you. Hopefully, we can go into 2022 pretty strong.”

MUSTANG ADDS ANOTHER TITLE — Mustang has dominated the NASCAR XFINITY Series since it joined the circuit full-time in 2011, winning at least one championship in 9-of-11 seasons. Ricky Stenhouse Jr. won back-to-back drivers’ championships in 2011 and 2012 while Chris Buescher (2015) and Austin Cindric (2020) have one series title each. Roger Penske has dominated the owner’s championship, winning six times in the last nine seasons, including three in a row from 2013-15. Overall, Mustang has won 12 driver’s and owner’s championships combined.