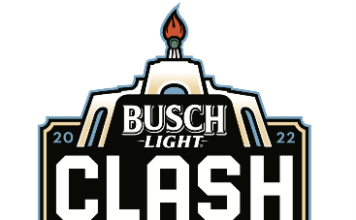 The NASCAR Cup Series season officially kicks off at Daytona International Speedway with the Daytona 500 on Sunday, February 20, at 2:30 P.M. ET. Live coverage can be found on FOX, MRN and SiriusXM NASCAR Radio Channel 90.

TEAM CHEVY POST-RACE NOTES AND QUOTES:
AUSTIN DILLON, NO. 3 TRUE VELOCITY CAMARO ZL1 – Finished 3rd
AUSTIN, YOUR CAR CAME TO LIFE AT THE END OF THIS RACE. YOUR TEAMMATE (TYLER REDDICK) WAS REALLY STRONG EARLY ON AND THEN, ALL OF A SUDDEN, YOU SHOWED UP WITH A LOT OF SPEED. WHAT ELSE DID YOU NEED FOR THE END OF THIS THING?
“Man, I don’t know. From where we were last night, it took a lot of crazy fate and a little prayer last night. Talked to myself. We got it together today. The True Velocity Chevrolet was really fast in practice, I just struggled a little bit in qualifying and knew we would get in the race and be fine. The long run speed was there. Disappointed I couldn’t get those next two cars. I really wanted to get there. But all-in-all, a great race from where we were last night and everyone back home at RCR, good job. It was a good showing for us.”

ERIK JONES, NO. 43 FOCUSFACTOR CAMARO ZL1 – Finished 4th
YOU HAD SOME DRAMA THERE WITH RYAN BLANEY. WHAT HAPPENED BETWEEN YOU TWO?
“Yeah, I was racing with him there and he brake-checked me off of (turn) four for no real reason. I didn’t appreciate that and felt like I showed it on the track. If we have a conversation, we have a conversation. It’s an exhibition race. We’re out here doing what we can. I was frustrated with the move that he made, so that’s what happened.”

“Overall, my No. 43 FOCUSfactor Chevy was really good. It was a good weekend to come home fourth for us. It’s not a race that means a lot, as far as setting us up for the rest of the season. But nobody came out here not trying. It feels good to run good and we’ll hopefully we’ll carry that momentum to Daytona.”

KYLE LARSON, NO. 5 HENDRICKCARS.COM CAMARO ZL1 – Finished 5th
OVERALL, HOW WAS YOUR EXPERIENCE IN THE BUSCH LIGHT CLASH AT THE COLISEUM AND THE NEXT GEN CAR?
“It was an awesome experience all around. First race with the new car. This event was really neat. It seemed like a great atmosphere. I’m not able to ever sit in the stands and watch other races. I got to watch a Heat Race and the Last Chance Qualifiers. It seemed like a blast and I hope we can do more of this.”

WHAT ABOUT THE PERFORMANCE? THE DRIVE OFF SEEMED TO BE THE ISSUE. WAS IT LIKE THAT AT THE TAILEND OF THE RACE, AS WELL?
“Kind of all weekend. Yesterday and today, I was just too free. I never had a problem turning, but I think my turn was just too good. We’ll just look at it and try be a little bit better for next time.”

WILLIAM BYRON, NO. 24 VALVOLINE CAMARO ZL1 – Finished 6th
“It was a fun event and I think the fans got a good show. It was all about track position though, similar to Martinsville. We tried a couple times on restarts to pick up an extra position here and there but we were just too tight the first half of the race to keep it. The guys worked hard, not just today, but all weekend to improve the Valvoline Chevy. We learned a lot with these new cars.”

AJ ALLMENDINGER, NO. 16 CHEVYLINERS.COM CAMARO ZL1 – Finished 9th
“Definitely happy to make the main. It was cool to be in the L.A. Memorial Coliseum, be a part of this event and have both Kaulig Racing cars make the main. I’m fairly happy with how the race went. To start at the back like that and kind of drive our way to the edge of the top-10, inside the top-10 and finish ninth. I would have liked to have gotten a little bit better. But overall for the weekend, it’s something to build on. Just a great event to be a part of.”

CHASE ELLIOTT, NO. 9 NAPA AUTO PARTS CAMARO ZL1 – Finished 11th
“Our race started out pretty decent and we were making progress after starting a little deeper in the field. I kept locking up the right front and unfortunately just got too loose and the car got around. Once I got that little bit of damage our NAPA AUTO PARTS Chevrolet just didn’t drive the same. Congrats to everyone that had a hand in putting this event together though. The fans certainly got an entertaining race.”

DANIEL SUAREZ, NO. 99 FREEWAY INSURANCE CAMARO ZL1 – Finished 14th
“Overall, it’s hard to be upset, but it’s hard to be happy too. My team did a really good job. They worked very hard and we brought a fast race car. The race track changed a lot. It gained a lot of rubber and unfortunately it didn’t work in our favor. The car that won the race, I was faster than him in practice. But they made it through the race and the race track changed to their advantage. That’s part of racing. We have to learn from it.”

“It was a great experience to be here. It was like racing at home. Coming through driver introductions with some veteran heroes. They were excited; it was very special. Hopefully, we can do it again.”

JUSTIN HALEY, NO. 31 LEAFFILTER GUTTER PROTECTION CAMARO ZL1 – Sidelined by damage sustained in an accident on lap 116; Finished 19th
“We had a fast Chevrolet. The whole race, we were just kind of pacing ourselves. And then obviously towards the end of the race, the cautions started falling and we just got put in a bad situation. But I’m glad we had speed with our LeafFilter Gutter Protection Chevrolet. Any other day of the week, the cards could turn our way and we could have a good run. Happy to be in contention of a win and we’ll see what Daytona brings.”

TYLER REDDICK, NO. 8 GUARANTEED RATE CAMARO ZL1 – Sidelined by mechanical failure; Finished 21st
“The L.A. Memorial Coliseum exceeded expectations. The fans, the atmosphere, the intensity of the race itself. Just the intensity of the field and the drivers – it was an incredible experience. Certainly, the obvious big bummer is breaking our transaxle doing something I probably didn’t even need to do. We had one of the fastest cars on the race track. We were just riding and managing the gap back to Kyle; trying to lap as many cars that we could so we wouldn’t have to worry about them later. But we never made it that far. It’s a tough lesson, but it’s a lesson we can learn from. Thankfully this wasn’t a points-paying race. It still stings to give away a race like that from the lead, but we’ll be able to learn, grow from it and be even more ready than I thought would be possible rolling into Daytona.”