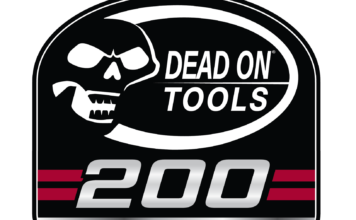 Hocevar quickly made his way into the top-five Friday night and was a mainstay at the front of the field. Following a four tire stop under caution on lap 20, he made his way back into the top-10 and ultimately crossed the line third at the end of Stage One. The No. 42 team put together one of its best stops of the night during the stage break to position Hocevar on the front row to begin Stage Two and ran behind race leader Ross Chastain for much of the stage. After another four tire stop under caution on lap 76, Hocevar made the pass on Chastain with three to go in Stage Two and went on to claim his first career stage win.

After making adjustments to remedy a loose handling condition under caution on lap 116, Hocevar made his way back up to second-place in the final laps of the race but was unable to chase down race winner John Hunter Nemechek as an electrical issue plagued the No. 42 on the final lap.

Hocevar on turning in another second-place finish: “There’s no question these Niece Motorsports Chevrolet Silverados are really good. [Crew chief] Phil Gould’s hard work week-in and week-out – along with all of the support from [general manager] Cody Efaw and [team owner] Al Niece – is making this organization the best its ever been. To have a truck running up front that’s not [driven by] Ross Chastain and winning stages is really good. We just needed a little bit more. The No. 4 truck was really good. I was hoping I could have gotten to [John Hunter Nemechek] – I would’ve done a lot – because I was better than [Nemechek] in turns one and two but he was better than me in three and four. We were close again, but hopefully we’re one spot better next week.”

Niece Motorsports is owned by United States Marine Corps Veteran Al Niece. In 2022, Niece Motorsports enters its seventh season in the NASCAR Camping World Truck Series. Niece also owns Niece Equipment, which has for over 40 years provided clients with reliable products at competitive prices. Niece Equipment’s reputation is built on service, integrity and dependability. The company provides water and fuel/lube trucks that are engineered with quality and durability in mind for the construction and mining industry. Follow the team on Facebook and Instagram @NieceMotorsports as well as Twitter @NieceMotorsport.

Founded in 2013 by a retired Flint Michigan Police Officer, Premier Security Solutions is committed to deflect and deter unlawful activity for their clients, create a safe campus, and provide a secure environment. A company fully committed to community involvement and protection. Premier partners with many community organizations like Genesee County Sheriff Chris Swanson and his G.H.O.S.T. team combatting human trafficking. Premier provides an array of security services, including K-12 school campus, industrial logistics, corporate and event security in addition to a state-of-the-art monitoring center and all types of security training for both law enforcement and civilian trainees. For more information, please visit www.premiersecurity.solutions/