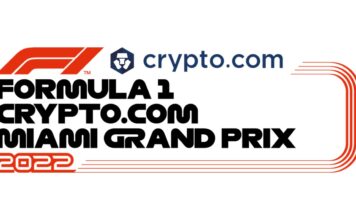 MIAMI GARDENS, Fla., After an exciting qualifying contest, Charles Leclerc will start on Pole Position for tomorrow’s inaugural Formula 1® Crypto.com Miami Grand Prix after beating his team-mate Carlos Sainz by just 0.19 seconds. His time of 1m 28.796s was the quickest lap of the track so far this weekend and was set by the Monaco-born driver on his final lap of the qualifying hour.

A capacity crowd packed into the newly-built Miami International Autodrome to witness a thrilling battle for supremacy in the hot South Florida sunshine. In the final ten minutes of qualifying, Verstappen looked set for pole with the quickest time of the session on his first run — ahead of the two Ferraris. But as the top three emerged from the pits for their second attempt in Q3, the Dutchman made a mistake, handing the initiative to the Italian team.

Leclerc took advantage of his rival’s error to set a blistering pace around the 5.41km track and snatched Pole Position away from his opponent. The jubilant Ferrari fans inside the circuit then had more to cheer when Sainz also improved his time to demote Verstappen to third by an incredible five thousandths of a second. Mexico’s Sergio Perez took fourth to lock out the second row of the grid for the Red Bull team. Behind them, one of the stars of qualifying was Alfa Romeo’s Valtteri Bottas who clinched fifth, one place ahead of seven-time World Champion Lewis Hamilton.

After he jumped out of his Ferrari, Leclerc was presented the Pirelli Pole Position Award from Hollywood actor Michael Douglas and was quick to thank the Miami crowd for their support: “It’s incredible to be here in the US and to see how much the sport has grown over the past few years and to see so many people in the grandstand — it definitely motivates us. And there are also a lot of Ferrari fans, so it’s amazing. I feel at ease with the car, it feels great to drive,” said Leclerc. “Tomorrow will be a tight race and it is good to have Carlos by my side. The pace is there for both our cars so hopefully we can keep our positions until the end tomorrow to bring home a strong result for our team.”

Saturday’s qualifying hour kicked-off at 4pm E.T. local time and ran trouble-free, devoid of the red-flag stoppages that had appeared in the previous three practice sessions partly due to drivers become more familiar with the nuances of the challenging anticlockwise Miami International Autodrome. With track temperatures reaching a scorching 128 degrees F on Saturday, those behind the wheel needed a cool head to tackle the sport’s newest venue.

The only absentee from qualifying was Frenchman Esteban Ocon. He had crashed his Alpine at the narrow Turn 13/14 section of the lap in the morning’s third free practice and the repairs required to fix the left-hand side of his car meant he had to skip qualifying. Despite that one small interruption to proceedings, the rest of the session ran without any issues and it was the Red Bull of Sergio Perez that topped the FP3 timesheets ahead of Leclerc.

Both Mercedes drivers struggled in that session and running on the medium compound tyre they were 15th (Hamilton) and 17th (George Russell) respectively, with Russell eventually qualifying 12th place for tomorrow’s 57-lap race. Despite the result, the Mercedes team were honoured to be joined by a number of VIPs in their garage, including former First Lady Michelle Obama and the legendary Star Wars film creator George Lucas.

Aside from the F1® action, there was plenty of other on-track events to keep the capacity crowd entertained throughout the day. In the morning there was a special parade to showcase the glorious automotive history of Ferrari and its standing in Formula 1®. Organised by Ferrari USA, there included many rare and historic models — including a Ferrari GTB California and an SP Monza. The cars formed up on the starting grid before performing a single demonstration lap. Two of the cars were driven by Formula 1® Crypto.com Miami Grand Prix Managing Partner Tom Garfinkel and Ambassador Mario Andretti.

In a busy schedule there were also two races, including the season-opening round of the all-female W Series Miami presented by Hard Rock. In a dramatic race, double champion Jamie Chadwick grabbed the lead on the final lap to claim her seventh win in the series. The British driver had taken the lead at the start after pole sitter Nerea Marti was slow away. On the opening lap Alice Powell struck the wall at Turn 8 to bring out the Safety Car — which was converted to a red-flag to repair the barriers.

At the restart, Chadwick withstood immense pressure from second-placed Emma Kimilainen. In the final minutes of the race, the Finnish driver passed Chadwick for the lead at Turn 11 and looked set to take victory when the Safety Car was deployed for a second time. In a thrilling last-lap dash to the flag, Chadwick reclaimed the lead to make a perfect start to her title defence. In the day’s other race, US-driver Sebastian Carazo put in a dominant drive to triumph in the Porsche Sport Sprint Challenge America by Yokohama.

Away from the on-track spectacle, the crowds were entertained by a star-studded line-up on stage at the Hard Rock Beach Club. The rapper/singer Post Malone brought his contemporary hip-hop sound to the Miami International Autodrome just prior to qualifying and the award-winning, electro-house legend Zedd round-up up the day’s entertainment with a DJ set at this weekend’s hottest beach club in Miami Gardens.

Scheduled to make its debut on 6-8 May, 2022, the Formula 1® Crypto.com Miami Grand Prix is the sport’s newest race on the Formula 1® calendar. Located in Miami Gardens, Florida, the world’s top drivers are set to compete on a brand-new circuit located within the complex of the Hard Rock Stadium, the home of the legendary Miami Dolphins NFL team. The 5.41km Miami International Autodrome features 19 corners, three straights and has an estimated top speed of 320km/h.

The race will also provide an additional tourist boost and economic impact to local businesses in the greater Miami region. Formula 1® and South Florida Motorsports are working closely with the local community to provide an allotment of discounted tickets for the residents of Miami Gardens, ensuring they have the opportunity to experience the thrill of the sport. Additionally, South Florida Motorsports have launched a programme to support both local businesses and the community to ensure they get the full benefits of the race being held in Miami Gardens. This includes a STEM education programme through F1 in Schools, as well as the opportunity for local restaurants to be part of the race weekend.

The FIA Formula 1® World ChampionshipTM was inaugurated in 1950, unifying the sport of Grand Prix motor racing as the world’s most prestigious motorsport competition. Through more than 70 years it has grown to become the world’s most popular annual sporting series. In 2016 it was watched by 400 million unique television viewers from over 200 territories. The 2021 season will run from March to December and spans 23 races in 21 countries. Formula 1® is a subsidiary of Liberty Media Corporation (NASDAQ: LSXMA, LSXMB, LSXMK, BATRA, BATRK, FWONA, FWONK) attributed to the Formula One Group tracking stock. For more information on Formula 1® visit: formula1.com