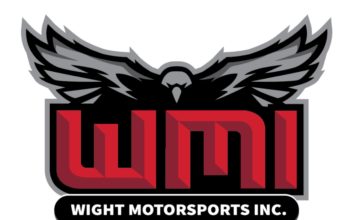 (May 11, 2022) Wight Motorsports Inc (WMI) race shop has been humming for months in preparation for the 2022 NASCAR Pinty’s Series season opener this weekend at Sunset Speedway in Innisfil, ON. And now the team is ready to open the new campaign.

WMI will field five full-time entries this season with Brandon Watson joining the series and gunning for rookie of the year honours. Returning veterans Mark Dilley and TJ Rinomato are back for a second season with WMI. Recently elected to the Canadian Motorsport Hall of Fame, Glenn Styres is joining the group after a successful debut weekend during last year’s finale. Rounding out the WMI stable of drivers is Three-time Pinty’s Series Champion Andrew Ranger.

Entering their third season in the NASCAR Pinty’s Series WMI is continuing to grow and is looking to build on the success already achieved. Sunset Speedway was the sight of the first two race victories for WMI last season.

Quotes:
“It’s been a busy offseason for the WMI team building and preparing new cars and moving into a larger race shop to accommodate the growth we’ve experienced. Getting Brandon to come aboard for the season is very exciting, he’s the only two-time APC Champion and he proved last season he’s ready to win in the Pinty’s Series”.

“Mark and TJ joined us last year and fit in seamlessly, really good to work with. And what can I say about Glenn Styres, he’s had so much racing success, he’s a Hall of Famer and he’s going to attack this new challenge with everything he has. I couldn’t be more excited for the start of the season”.

“Obviously there’s a familiarity with Andrew and we’ll have Cayden Lapcevich as his Crew Chief, that’s a lot of championship experience working together”.

“What a team we’ve assembled, to be entering only our third season in the Pinty’s Series and have this group of five drivers together, it’s pretty special what we’ve been able to accomplish”. -David Wight, WMI Principal

TV & Live Streaming
All races will be streamed live on TSN.ca and the TSN app in Canada and through FloRacing in the United States. Race broadcasts will also air on TSN Sunday May 22 at 4PM Eastern and on RDS2 Saturday June 4th at 7PM Eastern.

The 2022 NASCAR Pinty’s Series will consist of 13 total races in five provinces with a mixture of oval tracks, road and street courses.

Race fans can get the latest information regarding WMI and the drivers on these social media channels: