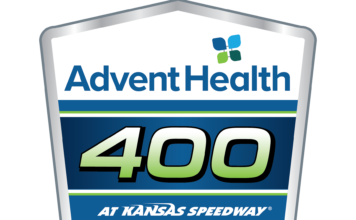 Ty Dillon Post-Race Thoughts: “Proud of the effort from everyone on our ChevyLiners.com team. As a group, we had a solid Saturday to kickstart our weekend and secured our best starting position on a mile and a half. During the race, our Chevrolet Camaro ZL1 was good on the long run, but struggled to fire off. Other guys could drive it into the corner way harder than I could, which would cost us track position during a race where it was relatively hard to pass. The last adjustment that we made woke up the car and we’ll make note of that for our intermediate program notebook. My pit crew was awesome today though. Every stop they were gaining four or five positions. They had to be the fastest crew on pit road. We will now head to Texas and try to race our way into the main show.”

Erik Jones Post-Race Thoughts: “Our FOCUSfactor Chevy was decent today. We started out pretty good, but a little on the free side. The guys made good changes and made a pit call to get us in the top 10 and stage points at the end of stage one. Unfortunately, we had the issue with our tire and getting the right rear off. That kind of ended our day after going multiple laps down. We’ll refocus and head to Texas for the All-Star race.”