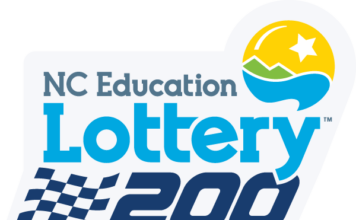 Chandler Smith heads to Charlotte Motor Speedway for Friday’s North Carolina Education Lottery 200 looking to pay off debt he owes to KBM owner-driver Kyle Busch from a challenge they made in March at Circuit of the Americas in Austin, Tex. At COTA, the two engaged in a friendly challenge where the lower finisher would clean all the windshields at KBM the following week. Busch’s third-place result was two spots better than Smith, but he accepted Smith’s double or nothing bet for this week’s race at Charlotte, where the boss will once again be sporting the white reciprocal paint scheme of Smith’s No. 18 Safelite Tundra TRD Pro on his No. 51 Tundra TRD Pro. Safelite, the nation’s largest provider of vehicle glass repair, replacement and recalibration services, returned to KBM for a fifth season in 2022 and will be the primary sponsor on Smith’s Tundra TRD Pro Tundra for a total of 16 races this year as well as the two races with Busch.

Smith had a respectable outing last year in his first career start in any series at Charlotte, bringing home a sixth-place result. While Smith has just one Charlotte start, Busch is the all-time wins leader at the 1.5-mile quad-oval, winning in eight of his 14 Camping World Truck Series starts in the Queen City.

While he has just one prior start at Charlotte, the mile-and-a-half tracks have been a strong suit for the Georgia driver in 2022. Smith was victorious at Las Vegas (Nev.) Motor Speedway in March, finishing one position ahead of Busch. At Atlanta (Ga.) Motor Speedway Smith took the white flag with the lead before surrendering the lead to his KBM teammate Corey Heim and ended up finishing fourth. The past two weeks the 19-year-old driver had finished inside the top 10 at mile-and-a-half tracks, with a fourth-place result at Kansas Speedway in Kansas City two weeks ago and an eighth-place finish at Texas Motor Speedway in Fort Worth last week.

Veteran crew chief Danny Stockman will once again call the shots for Smith and the No. 18 team in 2022. Stockman’s drivers have produced six victories at KBM across his first two seasons, including two with Smith behind the wheel in 2021. The veteran crew chief captured a Truck Series championship with Austin Dillon in 2011 and also won an Xfinity Series championship with Dillon in 2013. Stockman’s drivers have produced one top-five and three top-10 finishes resulting in an average finish of 12.5 across four Truck Series starts at Texas. His best result was a runner-up finish with KBM owner-driver Kyle Busch in 2020. Stockman won an Xfinity Series race with Dillon at Charlotte in October of 2015.

Chandler Smith, Driver Q&A:
Chandler Smith | Charlotte Motor Speedway Preview
How do like your chances of finishing ahead of Kyle and getting out of washing all the windows at KBM?
“I feel great. I’ve been racing the mile-and-a-halves here recently and I’ve got top 10s at every mile-and-a-half this year – won at Las Vegas and had really strong runs at all the other mile-and-a-halves and I have a little more seat time than Kyle at the mile-and-a-half tracks this year – so I think my chances are good! He’s really good at road course, I’m not going to lie, I don’t know why I made that bet at COTA. Really excited about doing it here at Charlotte and really excited for Safelite to have two trucks in the race.”

Why have you been so good on mile-and-a-half tracks this year?
“We’ve had a really fast Toyota Tundra every single weekend. Las Vegas obviously we won and that was our first mile-and-a-half with our new mile-and-a-half package that we’ve been running. We started running it at the end of last year and it was kind of ok. We worked on it in the off season and obviously it’s a lot better. We’ve been carrying it over to Kansas and Texas and all the mile-and-a-halves we’ve been to, and it has been successful, so we’ll be bringing it to Charlotte. It’s trending every single time we unload that we fight the same thing and then we know what to do to get it where it needs to be and then it’s really good for the race.”

How does Charlotte compare to the mile-and-half tracks you’ve raced recently?
“The biggest comparison is the obvious, it’s a mile-and-a-half and the second thing is the speed – the on throttle time especially. With mile-and-a-halves you have so much on throttle time that it really matters more than anything that you have a really good handling truck. The trucks that are really fast, they can get in the lead and take off, that’s good for them, but what happens when they get in dirty air? They can’t do anything about it, so how are they going to get back to the front. So, having a truck that is fast, but also drives really good. You can’t have both, so you have to find a fine line and a good balance of the that and I feel like that is where our mile-and-a-half program is really excelling right now.”

Chandler Smith’s No. 18 Safelite Tundra:
KBM-63: The No. 18 Safelite team will unload KBM-63 for Friday night’s race. Smith produced a fourth-place finish with this Tundra TRD Pro two races ago at Kansas Speedway in Kansas City and finished fourth with it earlier in the year at Atlanta (Ga.) Motor Speedway. Kyle Busch drove KBM-63 to its lone victory in June of 2020 at Homestead-Miami (Fla.) Speedway.
KBM-63 Performance Profile