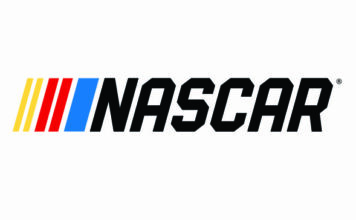 The three-part short film series takes viewers inside the sport’s most compelling stories and pivotal moments through the eyes of influential NASCAR legends and characters – both past and present.

The first film, titled “Vintage to Vogue,” dives into the evolution of NASCAR fashion from mere appeal to an iconic statement. It premieres Thursday, June 23, during NASCAR Race Hub on FS1 at 6 p.m. ET.

The following documentaries comprise the sixth season of “Beyond the Wheel:”

Vintage to Vogue – Host Quincy takes viewers on a journey through NASCAR style, showing how NASCAR fashion has moved beyond mere appeal to become an iconic statement, from gearheads to fashionistas. The film illustrates how NASCAR touches all areas of the style industry from shoe customizations to branded apparel.

Evolution – Stock Car to Racecar – The film tells the 75-year history of NASCAR, told through the evolution of its most important asset. It highlights the numerous changes and groundbreaking advancements the NASCAR Cup Series vehicle has undergone over the last 75 years, shining the spotlight on all seven generations of the NASCAR racecar. The NASCAR racecars in the 1950s and 60s were truly stock cars. Evolution – Stock Car to Racecar journeys viewers through the years to show how the earliest forms of racecars evolved into the sophisticated, ultra-safe Next Gen car.

Beating the Odds – The Ernie Irvan Story – Ernie Irvan overcame adversity in his career to find success in NASCAR. From starting his career as a California outsider in a traditionally southern sport to almost losing his life in a crash at Michigan, Irvan’s perseverance is truly inspirational. Beating the Odds displays how a never-give-up attitude, and a naturally talented racecar driver can tackle all obstacles and win at the sport’s highest level.