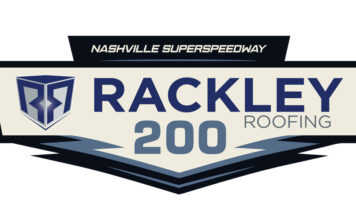 Quote: “We were four wide going into turn three there, and just got wrecked. Four wide at Nashville probably ain’t going to work most of the time, and getting down to the end of the race, everyone was getting crazy like always in these truck races. Just a tough break, everyone at GMS Racing and GMS Fabrication has been working so hard. I feel like we hit on some stuff that was a little promising, we didn’t get it dialed in during the race, but hopefully we’ve got a direction for some more promising runs this year. I just hate it. I hate it bad.”

Quote: “I think it was just hard racing there, I was trying to come down the racetrack as Matt was coming up at the same time. Matt’s a good guy, I don’t think he meant to do that on purpose, but for me it’s just frustrating. It’s been a tough season, and I thought that this was going to be the race that we turned it all around. It’s tough to end up near last, but unfortunately there’s nothing that we can do, and I’m proud of everyone at Team Chevy and GMS Racing for working as hard as they do. We just have to keep biding our time and hold our heads down and keep digging.”