7 Best Racing Series and Movies A Racing Lover Should Watch! 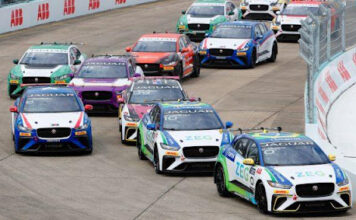 Movies about auto racing have an odd knack for becoming fierce. Even though we have a busy schedule, we can watch auto racing movies at home if we want to. Which one should you watch, and which is the best is the question that now arises.

Media content on streaming platforms, like Netflix, Disney Plus, Hulu, HBO Max and more is geo-restricted and is region specific. If you want to access restricted content, you can use a VPN service to unlock it. You can also try NordVPN free trial for 30 days, it is one of the top VPNs available and can you enjoy streaming your best movies and TV Shows online.

Who doesn’t enjoy watching car races? particularly when there is much at stake.  The perception of danger that is always present, along with the speed, thrill, and excitement.

Even while you might like watching an episode of NASCAR or Formula 1, it doesn’t seem as intimate as when you’re rooting for your favorite character to win.

The Top 7 Racing Films and Series to Never Miss

The first Fast and Furious movie featured amazing and unique content when it was released initially. The sequel later developed into a popular series because it was a blockbuster.

A happy dream about the brave, the young, and the rich who are having fun while robbing and driving very expensive or extravagant brands of cars. It draws young adults, teenagers, and children from all around the world. The total number of 8 films makes sense.

Rush recounts yet another genuine account of Niki Lauda and James Hunt’s fiercest duel in Formula 1 history. With both drivers rising from the lower levels to compete on the 1970s’ highest stage.

They pushed each other to the limit in their passionate animosity, which ultimately contributed to both their accomplishments and disappointments.

It’s difficult to think how different the world would be now if Death Race 2000 had been set in the year 2000.

Thankfully, they were totally mistaken. Despite this, the film is still entertaining to watch because it features a lot of violence and some humor.

Additionally, you get to see a young Sylvester Stallone and David Carradine.

Owen Wilson’s character Lightning McQueen is preoccupied with his appearance and daydreams about winning races all the time. By chance, he finds himself in a small town off of Route 66 where the local Cars are friendly toward him but disapprove of his attitude.

From them, Lightning gains some humility from newly acquired knowledge of life’s precious moments and a few new skills, thanks to The Hudson Hornet, another legendary racer (Paul Neuman).

He enlists veteran racer The Doc Hudson throughout the course of the movie to aid him in winning the Cup. We’re not sure if Muhammad Ali or Lightning McQueen inspired the phrase “Rolling Like A Cadillac, Stinging Like A Beamer” in him. a Netflix family entertainment programme.

Jason Statham plays an innocent guy who is offered the chance to compete in the Death Race as Frankenstein in exchange for his release from prison for a crime he didn’t commit.

He will need to rely on his driving prowess to live amid a field of bloodthirsty criminals facing the same stakes, armed with a vehicle wielding a variety of devastating weaponry.

The producer of the 1975 cult hit Death Race 2000, Roger Corman, who was known throughout his career for producing low-budget films, also worked on the remake of Death Race. The graphic violence was greatly heightened, and several characters from the original were included, including Machine Gun Joe and Frankenstein.

Where does anything like a snail competing in the Indy 500 occur? A garden snail who longs for more from life unintentionally receives it in this bizarre cartoon.

Ryan Reynolds, Paul Giamatti, Snoop Dogg, and Samuel L. Jackson, among others, lend their voices to this joyful thriller to bring the characters to life.

Another well-known tale of the underdog, but this one actually happened. Bruce McLaren, the man behind one of the most successful Formula 1 racing teams, is the subject of the documentary McLaren. It overcomes adversity to challenge the finest drivers in auto racing.

Above are the top 7 racing movies of all time filled with trill and excitement that you can enjoy streaming.

Most of us won’t ever ride in a race car. Many of us never surpass the speed limit by more than 5 to 10 miles an hour. But if you are a racing lover, you can stay updated with us for all the information regarding Nascar Cup Series.

However, racing makes for some fantastic sports movies with lots of intense action and thrill.

Even so, not all racing takes place on oval tracks. Here are a few of our all-time favorite racing movies.