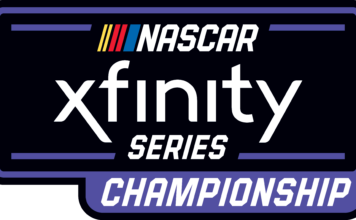 Chevrolet returns to competition in the NASCAR Xfinity Series with the season-opener at Daytona International Speedway on Saturday, February 18, 2023.

“This No. 9 Bass Pro Shops team was really good all season long – eight wins, led the most laps and the most top-fives. We just came up one race short. I’m just so thankful for everyone at JR Motorsports.”

“First of all, hats off to everyone at JR Motorsports. To put three cars in the Championship 4, obviously that was a big deal. To come out of here though with not one of us being the champion is probably the most difficult part.

“I thought our team did a great job all night. Jason Burdett (crew chief) and the whole No. 7 team did a good job of trying to make adjustments to the car to get it to where we needed it to be. We had awesome pit stops there at the end. We just got a little too free when we needed to be tighter. When the sun was going down, we were just trying to tighten the car up. We just didn’t quite take a big enough swing at it.

“I drove it for all I had. The track obviously changed a lot; the lines changed a lot. But I’m just proud of everybody at JR Motorsports. Obviously, we wanted to get the win for the No. 7 team, but we just wanted to get one of us as the champion. We’ll go back on Monday. There are going to be a lot of heads down low, but I can promise you that by the time we get back to Daytona in February, we’re going to be in great shape and go make another run at it next year.”

“We rebounded well. We got up there, but just got too high on that restart and just screwed that one up, I guess. We were behind all day trying to get up there and race with these guys. We finally got up there, but it just wasn’t meant to be.

“I’m just proud of the effort that these guys put in all year. It’s been tough, but to make it to the Championship 4 is a big deal. We just got beat.”