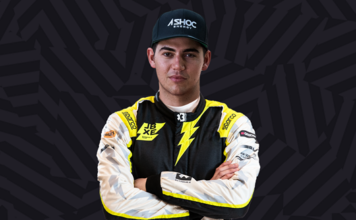 McConnell joins JBXE having been Championship Driver at three races this season and off the back of a rich career in motorsport. He will partner Hedda Hosås at the Uruguay Natural Energy X Prix this weekend (26-27 November), with Hansen switching to Veloce Racing.

Fraser McConnell, JBXE driver, said: “It is such an honour to be joining JBXE for the final round of Extreme E Season 2 in Uruguay.

“As the Championship Driver for the last three rounds, I have been able to get a closer look at how all of the teams operate, and I am very pleased to be jumping into the yellow and white JBXE machine alongside Hedda. I’m looking forward to meeting the team and getting some work done.”

The Jamaican immediately impressed in North America’s ARX2 series in 2018. Reaching the Final four times out of five – bagging a podium in the last round of the campaign – McConnell went on to lift the ARX2 crown the following year.

Making the switch to the RallyX Nordic Supercar class in 2020, McConnell secured the runner-up laurels in the overall standings. 2021 saw him build upon that success, securing his first Supercar victory defeating Rosberg X Racing (RXR) star and four-time FIA World Champion Johan Kristoffersson at the RallyX Nordic in Nysum, Denmark.

McConnell is already enjoying a strong 2022 season having recently become Nitro Rallycross’ fourth winner of the season in Round 4 at Glen Helen.

Jenson Button, Team Owner of JBXE, said: “I’ve had the pleasure of seeing Fraser in action recently and I couldn’t be happier to have him join JBXE for our final race of the season. Knowing how quick he is, I can’t wait to see him battle it out in JBXE colours alongside Hedda!”

Catch JBXE’s new driver line-up at the season-ending Uruguay Natural Energy X Prix in Punta del Este, Uruguay, on 26-27 November. Find out where you can watch the action here.

Official Release
Previous article
Games for Cash: One More Way to Make Money on Racing
Next article
Countdown is on to Extreme E Season 2 showdown