NASCAR’s Digital Fan Clubs Who is best? Who is biggest? Who has the best value? 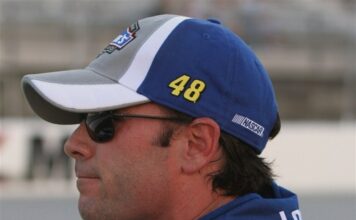 In this digital age NASCAR and its drivers have begun to reach out to their fan bases via the internet. Fan based websites have gotten bigger and better every year with fan clubs going completely electronic in place of the old school paper newsletter that came through the mail.

This is the time of year that hosts the launch of most of the new fan clubs and their websites. Ryan Newman, Kyle Busch, Dale Jr, Kevin Harvick, Tony Stewart and others all either have or will soon launch their new fan clubs and in some case’s their websites. So the Fourth Turn ventured out to see what was out there. The results might surprise you.

The biggest site is not the best site. The best is not whose you might think. The most well known is light years behind and disappointing. And by the replies from the organizations combined with their sites the drivers who are most committed to their fans would perhaps surprise you. But the biggest surprise is who has the biggest and most loyal following behind them. [/media-credit]Jimmie Johnson’s fan club takes a very fresh approach towards his fan club. Their club is free and powered by Lowes. They offer perspectives from Chad Knaus and Earl Barban, in car audio, as well updates from Jimmie. A quick registration process has you ready to be in the middle of the quest for the 6-Pack.

Their store is powered by Sports Today and offers a variety of merchandise and team 48 encrested items. Although they do offer a live race day chat and live in car audio, I was not able to find a message board or an actual chat room. The site is however, packed with information and fun things for fans of all ages. It is definitely the championship contender of the free sites. Lowes has left no corner unturned to bring the 48 fans in close to their team. Their approach is very reminiscent of Football’s extra man. By educating and illustrating they eliminate the unproductive fuss seen in many places.

Kyle Busch does not offer a fan club dedicated website. His communications director Ryan Kingsbury stated, “I really see no value in an exclusive website for fan club members, we have a very powerful online presence for all our fans via our websites and social media assets. (KyleBusch.com, Twitter.com/KyleBusch, Facebook.com/KyleBusch) We offer an exclusive e-newsletter to the Fan Club members that we give them special offers, giveaways, first details on appearances, etc…In fact we will be giving away tickets to Daytona to a couple lucky Fan Club members in the coming weeks. Aside for the items they receive in the kit, Fan Club members receive a 10% discount on all purchases at our online store (RowdyBusch.com). We will also have an autograph session at KBM in May, Fan Club members will be able to RSVP and be assured an autograph, as well as an invitation to an exclusive Fan Club meeting in October at KBM. (Which will be well worth the price of the membership) Our Fan Club numbers are up 80% over last year already, for a once a year price of $35 it’s a great value.”

Kevin Harvick’s club offers a great exclusive membership package that features lots of sponsorship involvement in the form of coupons that are included in the package sent to members. According to Fan Club President Tyler Patterson, the kit includes, a t-shirt, membership card, merchandise discount card, Kevin Harvick autograph card, decal, keychain, ink pen and mouse pad that is also a calendar complete with race dates.

Patterson added, ”Each fall, we host an open house where fan club members can come and have the opportunity to meet Kevin and get a photo/autograph and tour the race shop. This year we have decided to take our fan club event on the road and will host gatherings at Martinsville in April and Phoenix in November.”

Fan Central is an extension of KevinHarvick.com and is a basic social network site that allows fans to interact with one another. Kevin “really only uses his Twitter to interact with the fans now,” According to Patterson.

You can also follow Kevin and Delana on Twitter. Their adventures with Mother Function and Lo are definitely not only entertaining but Delana offers Question and Answer on Race Day most weekends.

Ryan Newman will also be launching a new fan club based web site that will celebrate their 10th year of operation. They will be doing so with an entirely new concept for fan clubs. Their new site will be a micro social network. The social network style will be the first of its kind in regards to NASCAR based fan clubs.

By utilizing all of the best things about Facebook along with the NASCAR/Ryan Newman theme and connection, they hope to improve their fan experience several fold. It will work very similar to Facebook, with profiles, post interactions like Facebook and like buttons that will be race points. The race points will be used in a leader board style to allow recognition to the fan club members that post the most participated in conversations and the most well liked pictures and videos.

The site boasts bright colors and ease of use as well as its revolutionary concept. The site offers a live chat capability for its members based on events such as the Daytona 500 or news events that are taking place within the network itself. The site will be very much picture driven and allows I-Phone and I-Pad access.

The site, scheduled to launch before the Daytona 500, will seamlessly integrate the old site and its members into the new one. New members will have instant access once the new site has launched.

Four time Champion Jeff Gordon’s fan site has multiple levels. He has a pay site that features chats with Jeff and his wife. Contests and features like message boards and 24 hour chat. But he also offers a basic package that does not require a financial investment but offers family photos messages from Jeff and video’s of “Network” meetings.

His general site gives a glimpse into the world of Jeff Gordon, with information about everything from his racing and foundation to his winery and their offerings. Gordon also has launched a Hologram program to protect all of his fans from fake autographs and he allows you to enter the number from your hologram to see if yours is real.

Jeff’s commitment to his fans appears to be all year long as there were holiday messages found in archives from the last several years. Though Gordon’s blog appears to be more video in nature he keeps touch with scheduled regularity and offers a very close up view of his thoughts, his life, and his career.

The shining star of the new stars that we checked out is just getting started. His name is familiar but his face will surprise you. Bobby Dale Earnhardt’s fan commitment is second to none. His website is just forming but his internet presence is growing on a daily basis. Between Twitter and Facebook, Team Earnhardt is turning heads. Bobby isn’t just the object of this effort. Bobby is a part of this effort.

Bobby is Dale Earnhardt’s oldest grand child. He is the oldest son of Kerry Earnhardt. He is choosing to make his own way in the racing world without relying on his family or his family name although obviously he can not change that.  He is determined to make his way the old fashioned way, the way his Grandfather did, on his own. It may seem a lonely way to get there but Bobby is gathering a great many fans to walk the road with him and maybe have a good time with it too.

Although nearly every driver’s fan club was contacted, only a handful responded. These are the most dynamic and the best of the offerings sampled. It is interesting to note, that in a time when NASCAR is suffering from a lack of people in the seats and on the couch, the common course in regards to its fan clubs is distant anonymity. The drivers who seem to be making the efforts to remain accountable to the fans and to stay close to their fan base are the drivers we see time after time rise to the top of the popularity charts and on the race track as well.

It is amazing that people have missed one of the greatest stories of the off season, that of the fans of Richard Petty. The king has been off the track for quite some time as a driver but his dedication and loyalty to his fans has never changed. That dedication and loyalty was returned when the King of stock car racing entered a different kind of race one to regain control of his name, it was his faithful following that provided the muscle to make that happen. Is there a lesson to be learned in that, most definitely. Will it be embraced? Only time will tell. But it is interesting to note that the largest fan base in all of NASCAR belongs to a man who hasn’t turned the wheel of a stock car since 1992.

SM Staff
Previous articleNASCAR By the Numbers: Day 14 in the Countdown to the DAYTONA 500
Next articleKenny Wallace Proves A Man of Many Talents