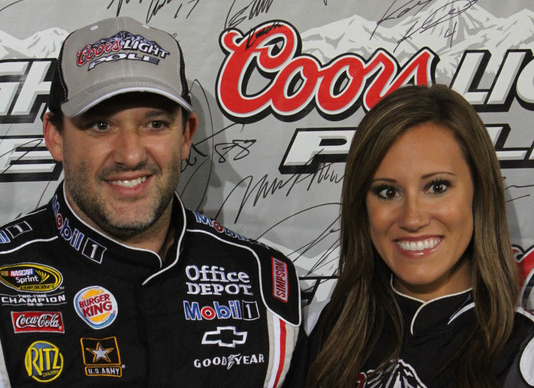 [/media-credit]Stewart was happy with his effort but a little surprised that the speeds did not noticeably increase from what they had experienced during practice.

“That was a pretty cool lap, obviously,” he said. But, Stewart continued, “Typically we see the pace pick up a little more in qualifying than what we saw tonight.”

Five of the top ten positions were claimed by drivers in the Chase for the Sprint Cup.

The Bank of America 500 this Saturday evening at Charlotte Motor Speedway is the fifth race in the fight for the Sprint Cup championship.