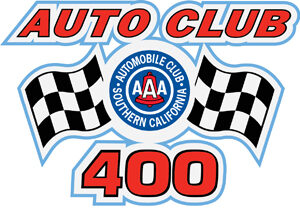 ·   Dodge has started from the pole four times at Auto Club Speedway. The most recent came at the fall event in 2007 (Kurt Busch).

·   Brad Keselowski will be making his fourth NSCS start at Auto Club.  His best finish of 21st came in 2010.

·   Dodge driver Brad Keselowski earned his fifth NASCAR Sprint Cup Series win of his career last weekend at Bristol Motor Speedway.  He led 232 laps en route to his second consecutive win at the .533-mile track.  He has led laps in the last three races.  Keselowski led 89 laps last August when he posted his third win of the 2011 season and first at Bristol.

·   Dodge driver A.J. Allmendinger missed his second career pole last weekend at Bristol Motor Speedway when Greg Biffle edged the Penske Racing driver by .001 seconds.  It was the closest margin of time to win a pole in the Sprint Cup Series this season.

·   Brad Keselowski finished 26th at Auto Club Speedway last year. The race had only four cautions for 10 laps.  There were 18 lead changes among 10 drivers.

·   Dodge teams have posted 53 victories since the manufacturer’s return to NASCAR’s premier series in 2001 after being out of the sport since 1977.

·   The Dodge Charger street car is the only rear-wheel-drive model in Sprint Cup Series competition that is available with a V-8 engine.

·   Dodge is an Official Passenger Car of NASCAR.

·   There have been four different style tracks, pole sitters and race winners in each of the first four NSCS races.

·   Eleven of the 22 NSCS races at Auto Club Speedway have been won from a top-10 starting position.

DODGE QUOTE OF THE WEEK “One win is good, two wins is really good.  We need to keep winning races to lock ourselves in the Chase, but heck, I’d rather just go into the Chase in the top spot.  If we run like we have the last few weeks, we’ve got as good a shot as anybody else.” Brad Keselowski, driver of the No. 2 Miller Lite Dodge Charger

FROM THE ENGINEER – RACING AT FONTANA “Last year’s race at Auto Club Speedway only had four cautions and three were for debris.  That means two things for the engineers trying to get ready for the 2012 trip to Fontana.  First, with a real possibility of only a few cautions again, teams better have a setup that’s forgiving enough to make sure tires will last at least a full fuel run.  Second, the race may truly be about fuel economy.  With a very thin book of notes about the new fuel injection system and what to expect for fuel economy, calculators will be humming this week as teams prepare for what could be a very fast 400 miles.” Howard Comstock, SRT Motorsports Engineering

FROM THE CREW CHIEF – PAUL WOLFE “The key to victory at Auto Club Speedway is having a car with great balance. The track is known for long green flag runs and the car tends to get looser the longer you run. It’s a delicate balance because you have to be loose to start a run. A tight racecar is no good either but the driver has to be able to hold on to it. That is a very fine line. In Brad we have a driver that can handle a loose racecar. In fact, he prefers the car to be loose rather than tight and his margin for error is pretty wide. he can use to run up front.” Paul Wolfe, No. 2 Miller Lite Dodge Charger R/T

DODGE QUOTES “Fontana is a place that, my first year in Cup, I felt like I was pretty decent there.  The biggest thing is it’s gotten a little bit rougher.  The grip level is about the same, but the seams at Fontana seem really, really bad.  That’s something over the last two years at that racetrack I’ve really struggled with, trying to figure out how to get across the seams or how to run in between ‘em.” A.J. Allmendinger, No. 22 Southern California AAA Dodge Charger R/T

“We’ve run really well with the Nationwide car at Auto Club Speedway over the last couple of years. We don’t yet have a win to show for it, but it gives me boost of confidence because Fontana has been one of the tougher tracks for me over the years. I’m really looking forward to going back this weekend and having a solid race with the Cup car. The Cup car was a little up and down last year, but it was really fast at times. Everyone on the No. 2 Miller Lite Dodge is excited about the car we are taking this weekend. There has been a lot of work put into it and I think it will race well.” Brad Keselowski, No. 2 Miller Lite Dodge Charger R/T

“I think we’re coming into Fontana with some positive momentum going after last weekend’s race at Bristol. We were fast all weekend long. We qualified well (started second) and led for most of the first quarter of the race.  AJ was able to pass Jeff Gordon and just drive away from the field.  But again we had problems and could get only a 17th-place finish out of it.” Todd Gordon, crew chief, No. 22 Auto Club Dodge Charger R/T