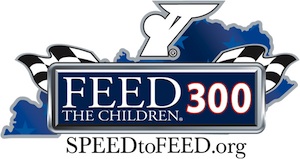 (MOORESVILLE, NORTH CAROLINA) June 26, 2012 – The American Majority No. 81 Toyota team has been firing on all cylinders the past few weeks.  15th, 19th, and 14th place finishes at Dover, Michigan, and Road America respectively have moved Jason to 14th in the 2012 NASCAR Nationwide Series driver standings.  Last weekend at Road America in the Sargento 200, Jason registered his best finish of the season with a solid 14th place run.  This Friday night at Kentucky Speedway, the MacDonald Motorsports team will be looking for more of the same.

Jason on Kentucky…..“With the way we have been running lately I can see a top-10 in the near future.  We have been really strong on the 1.5 milers this season so Kentucky offers us a great chance to do just that.  I’m just so proud of my guys for all the work they put in at the shop and at the track.  They have been giving me fast race cars right out of the box which keeps the stress level down at the track.  I also really have to thank American Majority for believing in me and supporting our race team.  They are some really great people.”

Recent strong runs…..If not for the late race crash at Charlotte, the American Majority team could easily be looking at 5 straight top-20 finishes.  Tie that in with top-15 runs at Dover and Road America, and you can see just how strong Jason and the rest of his MacDonald Motorsports team have been running.  The morale in the shop is at an all-time high and the hopes are to keep this going throughout the summer.

Jason’s thought’s on Road America…..“It was great to run up front all day with some of the best teams and drivers.  My American Majority No. 81 Toyota was strong all weekend long and I can’t thank John (Monsam) and the rest of the guys enough for all of their hard work.  Our cars are getting stronger and I’m very optimistic about the rest of the season.  If we can keep coming to the race track with fast cars like this, it’s going to be a great year.”

Points Update…..Following the best finish of the season for Jason, he now holds sole possession of 14th place in the 2012 NASCAR Nationwide Series driver standings.  Bowles is only 30 points behind Taylor Malsam for 11th in the points.  The MacDonald Motorsports No. 81 also moved up in the owner standings to 22nd, just 18 points out of the top-20.

Watch the race…..Fans can watch Jason and his American Majority team race in the Feed the Children 300 this Friday night.  The race will air live from Kentucky Speedway at 7:00pm EST on ESPN2.

Follow Jason Bowles on Social Media…..Keep up with everything that Jason is doing by following him on twitter @bowlesjason.

American Majority is the leading developer of the nation’s new 21st century conservative grassroots political infrastructure.  The organization uses its cutting edge curriculum to empower individuals and organizations with the most effective tools to promote liberty through limited government. American Majority trains thousands of activists and candidates each year in communities across the country to be catalysts for authentic change in government.  The non-profit, non-partisan organization is dedicated to developing a new generation of American elected and opinion leadership that will reject the self-destructive policies associated with government expansion and promote those that will lead to growth and success.

MacDonald Motorsports Owner Randy MacDonald has been around the NASCAR circles since 1985, when he began his own racing career with the loving support of his father “Doc” and his mother Pat MacDonald.  As a NASCAR driver, Randy was successful in making it all the way to the NASCAR Sprint Cup Series.  The MacDonald family became NASCAR team owners in 1986 and have fielded cars in all three of NASCAR’s elite series following faith based principles. MacDonald Motorsports focuses on assisting our sponsors with strategically increasing the overall awareness of corporate messaging or brand recognition by consistently articulating the message to be delivered through motorsports. MacDonald Motorsports offers drivers opportunities to gain experience from grass roots all the way through the elite series of NASCAR.