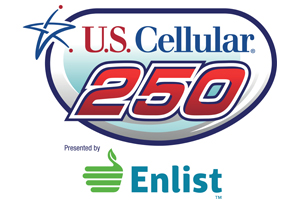 • Fourth in Nationwide championship standings, 28 behind leader Elliott Sadler. Hornish gained 14 points on the leader with his runner-up finish at the Brickyard.

• Started second, led 30 laps and finished 12th in May race at Iowa.

• Making first start for Penske Racing in the No. 22 Dodge.

• Will be making his first NNS start at Iowa and fifth of the season. Has two top-10 finishes in two K&N series races at Iowa including a second-place effort earlier this season.

• Best Nationwide finish this season is seventh at Richmond.

DODGE QUOTES: “What we’re trying to do is be as blue collar as we can about it. We’re taking care of our Dodge Challengers, making sure that we make it to the end of the races and give ourselves opportunities to get good finishes like Indy.” -Sam Hornish, Jr.

“I’m really excited to be a part of Penske Racing and Dodge. I think we’re going to run really good at Iowa. Judging from the K&N races I’ve run there, the car has to have good drive up off the corner but you’ve got to roll really fast through the center to get runs on guys.” -Ryan Blaney

DODGE IN THE NASCAR NATIONWIDE SERIES

• Dodge is fielding two full-time entries in the series this year. Sam Hornish Jr. is competing for the series championship while Brad Keselowski, Parker Kligerman and Ryan Blaney are sharing the driving duties in the second Penske Racing entry.

• Dodge claimed its first NASCAR championship in 2010 when Penske Racing’s Brad Keselowski captured the driver’s title. His average finish for the season was 5.2.

• A Dodge has started from the pole 49 times.

FROM THE CREW CHIEF “We walked out of Texas and somebody on the team spoke up and said ‘we’re not out of this’ (championship) and we’re not. We’ve dedicated ourselves to giving it all we have to play mistake-free racing. I love watching that yellow car keep climbing on those other three (point leaders) that are in front of us. I’m real ecstatic about the way this season is going, the way we’re building momentum and the way we keep putting ourselves in position to win races. Sooner or later it’s going to pay off.” — Chad Walter, Crew Chief, No. 12 Alliance Truck Parts Dodge Challenger