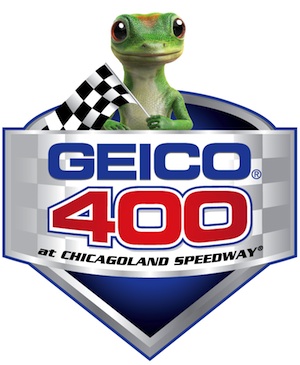 Brad Keselowski (No. 2 Miller Lite Dodge Charger R/T) Race Winner WERE YOU REALLY NOT SHOWING YOUR HAND TO THE 48 (JIMMIE JOHNSON) UNTIL YOU HAD TO? “No, we were both showing our hand. I don’t know what happened. The 48 either slowed down or we sped up on the last run, I can’t tell which one. You guys probably know better than I do but for some reason we just took off. The Miller Lite Dodge today was great. It seemed like this race was about 20 laps longer than I wanted it to be but either way, it worked out and we got us some Miller Time here. We’re in victory lane race one in the Chase. It feels like round one of a heavyweight title bout. You know it’s good to win it, it feels great, but there are a lot of rounds left. It’s a good start but a long ways to go.”

AFTER INDY, YOU WERE DEJECTED, TALKING ABOUT YOU DRIVING A TRUCK AND THEY’RE DRIVING CARS AND YOUR GUYS WENT TO WORK AND BUILT A BRAND NEW DODGE. WHAT’S DOES THAT SAY TO OTHERS IN THE CHASE? “Well Rusty (Wallace) would say that I’m driving hot rods, so I got hot rods now instead of trucks (smiles). This car was really good and I’m proud of everybody at Penske Racing. Thanks, good job guys and a brand new race car, a nice piece and a nice day here in Chicago for our whole team.

DID YOU GUYS MAKE ANY CHANGES THERE AT THE END? “He (Paul Wolfe, crew chief) said he didn’t but he’s pretty sly about that so he might have snuck one in that I didn’t know about.”

WHAT DOES THIS MEAN FOR YOU IN TERMS OF MOMENTUM? “It means a lot. To have this kind of speed just gives you so much confidence. This is one of the first weeks over the last few months where I’ve felt like we’ve had the same speed as the 48. I’ve said all along if we could just get the same speed, we could execute at a very high level like we have been and we’d be one of the teams to beat. That was the case today. There’s still nine rounds left. This one feels good. We’re going to enjoy it but we’re going to go to work and keep working.”

Paul Wolfe (Crew Chief, No. 2 Miller Lite Dodge Charger R/T) “It feels great. There’s been a lot of hard work that’s gone into this. We knew we needed a little bit of speed here. Through the summer months we had some great races, some great finishes, but we knew we needed a little more to be able to run with the 48. It says a lot about all the guys back at the shop continuing to work hard and push forward with that and now we’re able to see the results today. Great day on pit road. We had a little hiccup there early but the guys rebounded and the stop that counted they were on. Everybody on this Miller Lite team should be proud of what we’ve done.”

Roger Penske (Chairman, Penske Corporation) DOES THIS WIN TODAY TAKE SOME OF THE STING OUT OF LAST NIGHT? “Well, I think last night it was tough on Will (Power). (Ryan) Hunter-Reay did a great job all season and our team did but coming here to Chicago and winning that first race of the Chase is outstanding. It shows you the commitment by this Miller Lite team the whole year. I tell you, it’s fantastic and we can’t wait to go to the next race.”

A COUPLE OF YEARS AGO THIS GUY GAVE YOU YOUR FIRST NASCAR TITLE IN THE NATIONWIDE SERIES. WHAT MAKES YOU THINK YOU GUYS ARE GOING TO GET A CUP TITLE FOR HIM THIS YEAR? “Well, I think he’s focused, he’s had the experience. Paul Wolfe and this whole Miller Lite team have just got it, the engineering department, our engine guys. I want to take my hat off to Scott Courier (and) his team today. We’ll just move on to next week.”

Travis Geisler (Director of Competition, Penske Racing) “What a way to start the Chase. I’m so proud of this entire organization. Everyone back at the shop that has worked so hard to help this 2 team out played a role in this win. It’s a team win. A hell of a race. Everyone on this team is pulling in the same direction and it showed. Everyone has been questioning about how much Dodge is supporting us throughout this Chase and I can’t tell you how much they’ve stuck with us through all this. It would be no prouder moment than to put a Dodge in victory lane at Homestead and win this championship.”

Sam Hornish Jr. (No. 22 Shell/Pennzoil Dodge Charger R/T) Finished 11th “Another solid day for the Shell/Pennzoil Dodge. We had a fast racecar all day. I messed up coming to pit road early in the race and got caught speeding which set us back a bit. We hung in there and battled. We caught a break when the caution came out and we hadn’t pitted yet. We gained a bunch of spots back and got on the lead lap. I thought before the race that we had a top-five car and race day was no different. We just got too tight on our last run when we opted to put on two tires. I’d like to get top 10s and we’re stuck a bit around that 10-11-12 spot. A good day for us.”