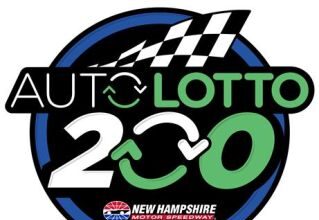 Genesis to be Primary Sponsor on the No. 88 Entry at New Hampshire

Based in Tucson, Ariz., Genesis Brake Light Systems utilizes pulse width modulation and pre-programmed patterns to increase braking awareness among drivers. Its systems serve as a rear-end collision countermeasure, helping alert other drivers to a braking or stopped vehicle with its Sure Stop Technology™®.

“It’s a privilege to bring new partners like Genesis Brake Light Systems into the JR Motorsports fold and into our sport,” said Kelley Earnhardt Miller, general manager of JR Motorsports.  “Their systems are all about keeping drivers aware and safe, and they’ll have a strong avenue to spread that message with Alex and the 88 team.”

This weekend’s race at New Hampshire Motor Speedway marks Bowman’s fifth NXS start for JRM in 2016.  In his previous four starts with the team this season, he’s earned two top-five and four top-10 finishes with one pole.

ABOUT GENESIS BRAKE LIGHT SYSTEMS:
We desire to strengthen the automotive industry by equipping drivers with state-of-the-art brake light technology.  Our world is exponentially growing with handheld devices and the outcome is that drivers are more distracted than ever.  The status quo brake light is no longer sufficient to alert rear-end traffic of sudden stops. Our Sure Stop Technology™® is establishing higher safety standards through creative engineering. Our goal is to keep drivers alert, focused, and alive by offering a state-of-the-art rear-end collision countermeasure system.  To learn more visit

ABOUT JR MOTORSPORTS:
JR Motorsports is the management company and racing operation for Dale Earnhardt Jr., NASCAR’s 13-time Most Popular Driver and winner of more than 40 NASCAR-sanctioned races.  Now in its 15th year of overall competition, JR Motorsports races in multiple divisions, including the NASCAR Xfinity Series where it won a championship in 2014.  The company also competes in the NASCAR Camping World Truck Series and owns two championships in regional late model divisions.  To learn more about the organization, its drivers and its sponsorship opportunities, visit www.jrmracing.com.

Official Release
Previous articleRoush Fenway Racing and AutoLotto Set for First Race in New Hampshire
Next articleThe Final Word – Kentucky is wide open for 2017, but the even years belong to Brad Keselowski