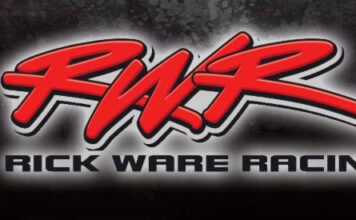 After finishing a respectable 33rd last weekend at ISM (Phoenix) Raceway, veteran driver Timmy Hill returns to the driver duties of the No. 51 BUBBA burger® Toyota looking for another fulfilling and stuffing finish at the 2.0-mile oval.

BUBBA burger® is also a proud partner and the official burger of Auto Club Speedway.
“As an owner and driver, I have been fortunate to have competed in the NASCAR Winston West, Truck, Xfinity and Cup races at Fontana, so everyone knows how important this race is to me,” said RWR team principal Rick Ware. “I was born in Los Angeles and I considered Riverside Raceway my home track before Auto Club was built.

“With Auto Club now representing this part of the area of California, it’s a track that has a lot of significance to me. It’s also nice to come home, but it’s important for us to run as competitive as possible too. We’ve made some gains this season. I’m confident we can continue our progress with Timmy on Sunday.”

Hill, the 2011 NASCAR Xfinity Series Rookie of the Year will make his third Cup Series start at Fontana and the second since 2013.

“I’m thankful to have the opportunity to drive for Rick and BUBBA burger® this weekend,” added Hill. “Everyone at BUBBA burger® is a blast to work with and their products are fantastic.

“BUBBA burger® has been a strong partner to RWR and others for years and I’m honored to represent a company that has such a hungry appetite for Motorsports, particularly NASCAR.”

Andy Stenson, vice president of marketing for BUBBA foods LLC. said, “We love our presence in NASCAR and take pride in our partnerships with the teams and tracks like Rick Ware Racing and Auto Club Speedway.

“BUBBA burger® has been a sponsor of Rick Ware Racing for a number of years and is proud to help this family-run team compete with the much larger organizations in the Monster Energy NASCAR Cup Series. BUBBA burger® is ready to light up the grill and light up the track in California this weekend.”

In addition to BUBBA burger®, RWR is proud to carry the support of Spoonful of Music and Lilly Trucking as associate marketing partners for the fifth race on the 2018 Monster Energy NASCAR Cup Series tour.

Find more information on BUBBA burger® and all of the new products by visiting bubbafoods.com or find them on Facebook at The BUBBA burger Racing Twitter: @bubbaburger