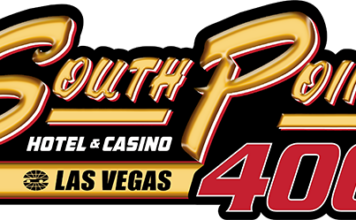 DOES THE MOMENTUM FROM YOUR WIN LAST WEEK HELP YOU TOMORROW? “It never hurts. Anytime you can get to victory lane and capture some of that momentum it is something that you have to forget but it definitely doesn’t hurt.”

“You have to qualify well because it puts you in position to start the race on a good note and stay up front and keep some track position and it really sets you up to score points in Stage 1. That is really what qualifying well does for you. I think that is the biggest thing. With the points as tight as they are, qualifying well and getting some stage points in Stage 1 really helps. So usually if you qualify 25th it is really hard to get stage points in Stage 1. Qualifying well is important and I am happy about that and really proud of everybody at Stewart-Haas Racing. There is so much effort going in week in and week out and I feel really good about where we are at.”

“That was an improvement for us for sure in speed. I felt good yesterday in practice with our Oscar Meyer Ford. We will see where we go from here. Obviously it will be interesting to see what the track does as it cools off starting the race at 4 pm, we will just have to go from there.”

WHAT DO YOU THINK THE RACING WILL BE LIKE TOMORROW? “I don’t really know what to expect. I think this race a year ago can be used to predict it more because of the playoffs. I think it is going to be – I don’t know. I think there will be more cautions than there was in the spring, without a doubt. Maybe not to the extent of last year. We just need a clean race for us to keep ourselves in contention and keep up the consistency part of what we have been doing but also improve our performance and we did that today in qualifying. We definitely aren’t where we want to be but we have improved on the gap that we needed to close up.”

“I think we are a little slower here than we were the first race. Race pace will be a little slower I think with less grip. Maybe towards the end of the race when the sun gets off the race track it will be a little more gripped up. Not a ton different, just a little more slick and teams kind of change the way they build their cars. This race was early in the spring and people were building their cars differently and now I feel like teams have gone in different directions and it has been interesting to see that.”

“It is hard to say with the impound qualifying. If they have that speed in the race then it is time to worry. But right now it isn’t really a good indicator with this qualifying format. It might be and it might not be. We should know about 20 laps in who really has what.”

“That was not very fast. We were set up to handle and obviously, it is pretty obvious when you look at the rundown of who has speed and who is dialed for handling. If the Stewart-Haas cars have both we are all in trouble. It is a trade-off when you come to these places. It is really hard to have both. You can’t have both. You have to make your bed and lay in it. We have made our bed and we will lay in it tomorrow. Hopefully it is the right direction, we will see. As the sun goes down we might lose some of the advantage of having the handling but time will tell.”

HOW SOON WILL YOU KNOW IF THE SHR CARS HAVE MADE THE RIGHT TRADE-OFF? “If they stay up front it will be pretty apparent that it is probably okay. As tires start to fall off and you catch lap cars you will be in dirty air. If you are out front it is a pretty big advantage if you have a trimmed out car. It will be tough to pass them on restarts when they have the grip in the tires to beat them. If you run longer, I think we will bury them in the pack to where it will be hard for them to come back from it. That being said, at the end of the race when the sun goes down, they are probably going to come back with the speed they have.”