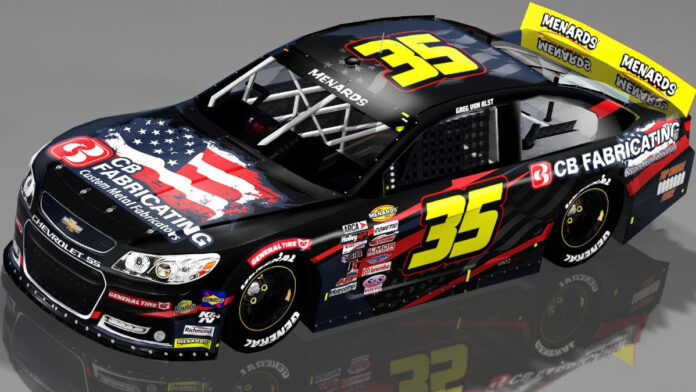 ANDERSON, Ind.: It’s been nearly two decades since Greg Van Alst competed in a points-paying ARCA Menards Series event, but that hiatus will come to an end as Greg Van Alst Motorsports officially announced today his return to the series’ in 2021 beginning with the season-opening race at Daytona (Fla.) International Speedway on Sat., Feb. 13.

Greg Van Alst first competed on the ARCA Menards Series tour on a limited schedule in 2002 driving for Locke Bros. Racing, but as the team shifted priorities, Van Alst took a path to Late Models where he has steadily and successfully built a strong career, including the 2019 ARCA CRA championship.

Winning the championship awarded Van Alst the opportunity to participate in the open ARCA Menards Series test at the 2.5-mile superspeedway in January 2020 which reignited his flame to compete in the series.

“This is a great opportunity for myself and my Greg Van Alst Motorsports team to come to the ARCA Menards Series with some great marketing partners and pursue the best in on-track performance.

“I’m looking forward to going to Daytona in January and having a positive preseason test and returning in February and competing for the win.”

CB Fabricating, a longtime partner with Greg Van Alst Motorsports will boost its commitment to the team and make the leap to the ARCA Menards Series as the primary marketing partner of Van Alst’s No. 35 Chevrolet.

Their 26,000 square foot facility allows them to service the needs of many different industries. Everything from the Automotive, agricultural, aquatic, medical, transportation, electrical enclosures, and much more.

“Without the support of Chris Barkdull and everyone at CB Fabricating, this chance to elevate our team to the next level would not have been possible,” added Van Alst. “We have set goals for ourselves in 2021 and I believe we are aligning ourselves with the right people who can allow us to turn heads not only at Daytona but throughout the 2021 season.”

“Ever since the Daytona ARCA test in January 2020, I was itching to get back to the track in an ARCA car and while there were opportunities, I didn’t want to just jump in a car to drive. Taking our time and putting the pieces and equipment together along with our patience I think will pay off in a big way.”

The Lucas Oil 200 driven by General Tire (80 laps | 200 miles) is the first of 20 races on the 2021 ARCA Menards Series schedule. The season-opener for the 69th consecutive ARCA season is set to take the green flag shortly following the NASCAR Xfinity Series season-opener NASCAR Racing Experience 300. The event will be televised live on FOX Sports 1 (FS1).