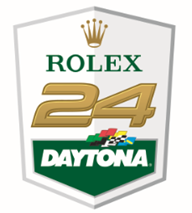 DAYTONA BEACH, Fla. (Jan. 8, 2021) – With an array of incredible star power with some of the greatest drivers on the planet, along with opportunities for fans to safely see the 59th running of the Rolex 24 At DAYTONA from intriguing, different vantage points, the 2021 edition of North America’s most prestigious sports car race set for Jan. 30-31 is one of the most anticipated yet.

First staged in 1962, the iconic race will open the IMSA WeatherTech SportsCar Championship season, allowing fans to witness THE IMSA event that pushes the boundaries of motorsports competition from both high atop the frontstretch seating area with a birds eye view, as well as the infield to see the twists and turns of the 3.56-mile venue from a closer standpoint. Transportation services will be provided to get fans to and from both destinations.

Safety protocols will be implemented to aid the wellbeing of the limited number of fans in attendance.

2-day admissions to the storied, twice-around-the-clock Rolex 24 are just $60 in advance with kids 12 and under free. Guests will safely experience a host of sights and sounds that include a fireworks show, the Ferris Wheel at the Boardwalk, entry into the infield UNOH Fanzone, and a host of fun exhibits and displays. Single-day tickets are also available on Thursday ($10 – includes on-track practices) and Friday ($30 – includes on-track practices and the BMW Endurance Challenge 4-hour race). To learn more on all Rolex 24 admission opportunities, including a limited number of RV camping spots, fans are urged to quickly call 1-800-PITSTOP or log onto www.daytonainternationalspeedway.com.

Continuing tradition, fans will also see world-famous drivers from across various racing disciplines who are gearing up for the ultimate test of man and machine that demands precision, speed, reliability and strategy while requiring the greatest of skill and focus.

Austin Dillon, the 2018 DAYTONA 500 Champion, will be the third Cup Series driver in the field, joining RWR Eurasia team Cody Ware and Salih Yoluc on its LMP2 RWR Eurasia team. The Rolex 24 will mark the IMSA debut for Dillon, who also will be driving the Daytona road course for the first time (missed last summer’s NASCAR road course race). NASCAR Xfinity Series regular and former Cup Series star AJ Allmendinger will be back for his 15th Rolex 24, seeking a second victory to go along with his 2012 Rolex 24 triumph.

Some of the world’s finest race car drivers who also are scheduled to compete include two-time Indy 500 champion Juan Pablo Montoya, Ryan Briscoe and Renger van der Zande, who were champions of the 2020 Rolex 24, along with former Formula 1 driver Kevin Magnussen and former Rolex 24 winner Richard Westbrook. Wayne Taylor Racing, which has won the last two IMSA WeatherTech SportsCar titles, will be back to attempt a trifecta, featuring three-time Indy 500 victor and 2020 overall Dpi Champion Helio Castroneves, 2016 Indy 500 winner Alexander Rossi, 2-time IMSA WeatherTech champion Ricky Taylor and Filipe Albuquerque, a victor of the Rolex 24 in 2018.

All Rolex 24 At Daytona entries will return for the traditional Roar Before the Rolex 24 test session Jan. 22-24 that includes Saturday’s Scouts of America 145 IMSA Prototype Challenge as well as a new feature – Sunday’s Motul Pole Award 100 qualifying race. Results from that event will set the starting grid for the Rolex 24 the following week.

As a result of the ongoing COVID-19 pandemic, the Rolex 24 will be conducted in accordance with enhanced safety protocols and procedures to provide a safe environment for guests, IMSA competitors, employees and the local community. All guests will be screened before entering the facility and will be required to wear face coverings while maintaining six feet social distancing throughout their visit.

For a schedule of on-track activities and protocols, logo onto www.daytonainternationalspeedway.com. Fans can stay connected with Daytona International Speedway on Twitter, Facebook and Instagram for the latest news and updates.

About Daytona International Speedway
Daytona International Speedway is a state-of-the-art motorsports facility and was awarded the SportsBusiness Journal’s prestigious Sports Business Award for Sports Facility of the Year in 2016. Daytona International Speedway is the home of The Great American Race – the DAYTONA 500. Though the season-opening NASCAR Cup Series event garners most of the attention – as well as the largest audience in motorsports – the approximately 500-acre motorsports complex, also known as the World Center of Racing, boasts the most diverse schedule of racing on the globe. In addition to at least nine major event weekends, the Speedway grounds are also used extensively for events that include concerts, civic and social gatherings, car shows, photo shoots, production vehicle testing and police motorcycle training.