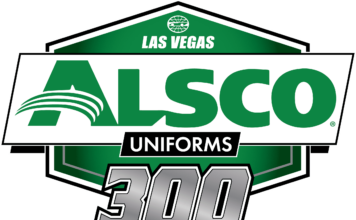 LAS VEGAS, March 5, 2021 — Coin Cloud, the world’s leading Digital Currency Machine (DCM) company, has announced the giveaway of $100,000 in Dogecoin, the social media darling of the digital currency world. The sweepstakes celebrates the return of a Dogecoin-sponsored race car at NASCAR for the first time in 7 years at the Las Vegas Motor Speedway for the Alsco Uniforms 300, a NASCAR Xfinity Series (NXS) stock car race.

To mark this occasion, Coin Cloud is putting its support behind the #Dogecar. If Dogecoin-sponsored Car 99 wins first place in the race, Coin Cloud will give away $100,000 in Dogecoin. The prize money will be awarded to 10 lucky Twitter followers at $10,000 apiece, based on current market value.

“Much coin! So speed. Very vroom!” said the Doge when asked to comment. The language of the popular Doge internet meme is well known to its fans. Short phrases in multi-colored Comic Sans font, surrounding the face of a Shiba Inu dog, have become as recognizable as Grumpy Cat. When a couple of programmers joked about a fake altcoin based on the meme in 2013, the response was overwhelming. So they actually created it, and suddenly the joke became a viable digital currency.

“Dogecoin goes viral for a few days every year or so, whether because Elon Musk tweets about it or somebody gets behind a marketing campaign,” explains Chris McAlary, founder and CEO of Coin Cloud. “The demand lately has been huge, our retailers are seeing a buzz around dogecoin at our machines.”

Coin Cloud has offered the buying and selling of Dogecoin for the better part of 4 years. Dogecoin’s latest popularity surge started with a TikTok creator challenge last summer, and received a significant boost in January when a Reddit group pushing GameStop stock turned its attention to the cryptocurrency.

In a perfect storm of social media stardom, it got a final lift thanks to tweets from not just Tesla CEO Elon Musk, but also investor and entrepreneur Mark Cuban, rapper Snoop Dogg and rock star Gene Simmons of KISS, among other influencers.

The image of the Dogecoin is no stranger to NASCAR, either. This weekend’s Xfinity Series race in Las Vegas marks the third time Dogecoin-sponsored cars have hit the track. But Car 99, driven by Stefan Parsons, is the first Dogecoin appearance since 2014, when Reddit users again took control. The Dogecoin community on Reddit made history by raising $55,000 to sponsor driver Josh Wise of the Phil Parsons Racing team. By a fascinating twist of fate, team owner and former driver Phil Parsons is Stefan’s father.

“With all the synergy around this event, including the race being held in Las Vegas where Coin Cloud is headquartered, made it a no-brainer to get involved,” McAlary says. “We really hope the Dogecar wins, because this currency has been the ‘Underdoge’ for long enough. It deserves a bigger spotlight.”

Coin Cloud is the only nationwide operator of 100% two-way digital currency machines. Every one of its over 1500 machines is located in retail locations across 45 states empowering customers to buy and sell Bitcoin and 30+ other digital currencies with cash. The free companion Coin Cloud Wallet mobile app, OTC trading and live US-based customer service complete the Coin Cloud ecosystem.

Cash Cloud, Inc. DBA Coin Cloud is the world’s leader in Digital Currency Machines (DCMs). Manufactured in the USA, Coin Cloud has automated, digitized, and transformed the way people access cash in the mobile wallet economy. As a partner with many of America’s leading retail chains, Coin Cloud is the fastest-growing cash vendor of digital currencies. The company is a licensed Money Services Business (MSB) with FinCEN and has established an industry-leading compliance program, eliminating risk for retail partners in 45 states and Brazil. The team at Coin Cloud is dedicated to bringing digital currency to all. Find out more at Coin Cloud.