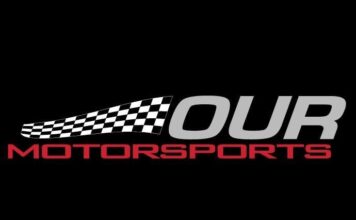 Our Motorsports announced earlier this week that they have acquired the No.23 for the rest of the 2021 NASCAR Xfinity Series season. The team will be adding the No.23 alongside the No.02 effort which Brett Moffitt is entered in for the entirety of the 2021 season.

Meanwhile, Brett Moffitt and the No.02 Our Motorsports Chevy will start from the seventh starting position this Saturday in the Alsco Uniforms 300 at Las Vegas Motor Speedway. The No.02 team enters the weekend fifth in owners’ points standings.

“Three races in, it’s been really cool to see how far our team has come. We’re competing with major teams and competing for wins every week. Now that we’re really getting into the heat of the season, we look forward to the challenge of getting into a rhythm and doing it every week. If we keep bringing cars like we have to the first three races of the season, we’ll get our weekend on the top of the results, and I can’t wait for the entire Our Motorsports team to be rewarded for all their hard work.”

Past Results at Las Vegas for Our Motorsports:

The NASCAR Xfinity Series and Our Motorsports take on Sin City Saturday for the Alsco Uniforms 300 at Las Vegas Motor Speedway. Fans can catch the action on FS1, MRN/Sirius XM NASCAR, and other local radio affiliates at 4:30pm and by following Our Motorsports on social media.