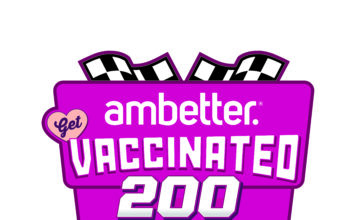 Riley Herbst and the No. 98 Monster Energy team rebounded from an early spin to earn a 10th-place finish in Saturday’s Ambetter Get Vaccinated 200 at New Hampshire Motor Speedway in Loudon. Herbst started the 200-lap race 12th and moved up to 11th in the first lap. He held that position for the opening 20 laps until the competition caution. When the green flag waved again on lap 26, the Monster Energy Ford Mustang spun out of line after contact from the rear sent him into the car in front of him. The No. 98 team brought Herbst down pit road twice during that caution for four fresh tires, and then again to fix the damage on the front of his Mustang. He was able to stay on the lead lap and restarted 36th on lap 31 and was a man on a mission. Herbst was able to work his way up to 24th by the end of Stage 1. With some help from his Monster Energy pit crew, Herbst gained five spots on pit road and restarted 19th for the second stage. He continued his march forward and finished Stage 2 in 14th. One more trip down pit road for four tires, fuel, and an air-pressure adjustment gained Herbst another three spots to put him back where he was running before the lap-26 incident. In the final stage, Herbst struggled with the balance of his Ford Mustang as it started the run loose, but then grew tight before getting loose again as more laps were put on the tires. A lap-149 caution brought an opportunity for Herbst to fix the handling on his racecar and for the team to gain another four positions on pit road. Herbst restarted ninth with 45 laps to go. After briefly slipping out of the top-10 on the restart, Herbst climbed back to 10th by lap 170. He held that position until the end of the race to earn his sixth top-10 of the 2021 season.

“I feel like we should’ve run in the top-five, for sure. We had really, really good speed before the competition caution and then, obviously, we got wrecked on that restart. I guess I’m happy with the way we battled back, but it’s just frustrating. I feel like it’s our whole season – so fast and get wrecked, make a mistake, or something. We’ll take two weeks off and try to get one at The Glen.”

● Christopher Bell won the Ambetter Get Vaccinated 200 to earn his 17th career victory, his first of the season and his third at New Hampshire. His margin over second-place Justin Allgaier was 6.241 seconds.

● There were five caution periods for a total of 28 laps.

● Seventeen of the 40 drivers in the Ambetter Get Vaccinated 200 finished on the lead lap.

The next event on the Xfinity Series schedule is on Saturday, Aug. 7, at Watkins Glen (N.Y.) International. The race starts at 4 p.m. EDT with live coverage provided by CNBC and SiriusXM NASCAR Radio.