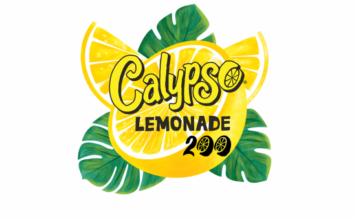 The addition of his first short track race of the season brings a new race car to the Greg Van Alst Motorsports fleet, purchased from the former potent Chad Bryant Racing team.

Van Alst had hoped to make his “Tricky Triangle” debut at Pocono Raceway, but a crash in the opening laps of practice at the 2.5-mile triangle forced the Anderson, Indiana-based team to withdraw and regroup.

While disappointed with the outcome of Pocono, the team led by interim crew chief Donnie Richeson has worked harder than ever to prepare not only for Saturday night’s Calypso Lemonade 200 but upcoming races on the 2021 premier ARCA Menards Series schedule.

“I am blessed to be able to add another ARCA Menards Series race to our schedule,” said Van Alst. “Winchester is such a historic place, but I have a love-hate relationship with the track. But I think that’s the tempo when it comes to racing at Winchester. Some races you love it, others you hate it. Hopefully, we’re on that good side when the checkered flag waves on Saturday night.

“I can’t thank Chad Bryant enough for offering us a stout short-track car.

“Pocono was certainly tough to swallow, but we are determined to turn a positive out of a negative and adding Winchester Speedway – a race that was not on our schedule just shows the drive and determination of our race team.”

Van Alst has plenty of experience at Winchester’s half-mile high banks and while the track is dubbed as his hometown ARCA Menards Series race, the 2019 ARCA CRA champion is hoping to put on a show and contend for his first career top-five finish in the highly anticipated 200-lap barn burner.

“I’ve never won a race at Winchester, but I won a championship there,” added Van Alst. “There is definitely an opportunity for us to win on Saturday. It is not going to be easy, but it is possible.

“Whatever happens on Saturday though, it will be a good test for Bristol later this year for our team. We have a lot to look forward to this summer and fall. I’m just so appreciative to everyone who helps make this happen.”
CB Fabricating, a longtime partner with Greg Van Alst Motorsports has boosted its commitment to the team and will continue its role as the primary marketing partner of Van Alst’s No. 35 Ford.

Their 26,000 square foot facility allows them to service the needs of many different industries. Everything from the Automotive, agricultural, aquatic, medical, transportation, electrical enclosures, and much more.

For the second consecutive race, not only is Van Alst racing for his second top-10 finish of the year on Saturday, but awareness too.

CB Fabricating president Chris Barkdull was recently diagnosed with prostate cancer and will utilize the ARCA event to bring attentiveness and awareness to the disease as Barkdull continues treatment.

“We would not be racing at Winchester – heck any of these ARCA races this season without Chris,” added Van Alst. “He’s just not an investor or a partner in this thing – he’s family. When he was diagnosed, he was determined to do his part to educate the public and that is exactly what he is going to do.”

Throughout the 400 laps, Van Alst improved nine positions after his 13th place qualifying effort in the No. 35 CB Fabricating | Top Choice Fence Chevrolet.

The Calypso Lemonade 200 (200 laps | 100 miles) is the 12th of 20 races on the 2021 ARCA Menards Series schedule. Practice begins Sat., Jul. 31 with a forty-five-minute practice session from 4:15 p.m. – 5:00 p.m. General Tire pole qualifying is set for a short time later at 6:00 p.m. The race is set to take the green flag shortly after 8:00 p.m. The event will be televised live on MAVTV and NBC Sports Gold Pass. ARCARacing.com will also stream live timing and scoring throughout the entire weekend festivities. All times are local (ET).

Bridget Gets Wrecked Early at The Bull Ring in Vegas