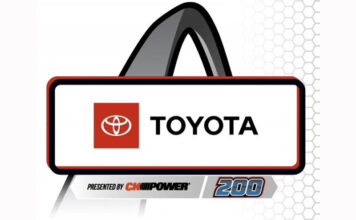 Back2Back: Defending NASCAR Camping World Truck Series champion Sheldon Creed has locked himself into the Round of 8, underlining his fight for the 2021 NCWTS championship. Driver No. 2 has one goal for the remaining two races of this round: Win.

Quote: “I am super happy with how my truck drove all night, I have been looking forward to coming back to Gateway for quite sometime now. To dominate how we did tonight, man it feels surreal. This was the first time I have ever won Stage 1 and 2 and have gone on to win, and I owe it all to my crew. It feels so great to be back in victory lane, I’m looking forward to continuing this momentum moving forward.”﻿

21in21: Zane Smith finds himself below the cutline heading into the series’ next race at Darlington Raceway, ten points from eighth position. Smith and crew will need two solid finishes in the remaining races of the Round of 10 to advance to the Round of 8.

Quote: “Man, this one stings. Our truck showed good speed early on, and I felt confident that we made the right call on changes at the end of Stage 1. Ultimately, we just weren’t as fast as our teammate Sheldon, but I was sure that we would have a good points night. I hate that we were not able to capitalize on the first race, as it is going to put us in a difficult situation heading into Darlington. Luckily, my crew has my back and I am confident that we will be able to overcome tonight’s bad finish.”

Quote: “Really solid finish tonight at Gateway! This team deserves these types of finishes so much! It’s been a crazy and unfortunate year, but tonight was fun! I am really proud of everyone on this No. 23 team that never gives up every weekend. What a race!”

Quote: “Awesome effort by everybody on this No. 24 team tonight, I am so proud to work with this group! I learned a lot about this place throughout the race, and was so happy to earn my first ever Top 10 finish. I am excited for the remaining tracks left on the schedule, because I feel that we might be able to continue this momentum for the rest of the season.”

Quote: “Tough night here in St. Louis, which is a shame because I think that we had a really strong Chevy. I love racing at Gateway, it’s so much fun, and my Crew Chief Charles made some great changes to help my balance. I hate that we got collected in a wreck that put us out, but I am proud of the speed that we showed throughout the night. Onto Darlington.”