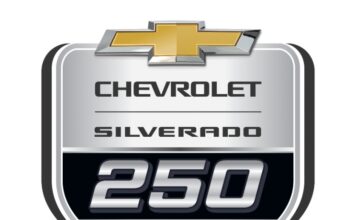 Being 24 points above the cutoff line heading into Talladega, will you be on offense or defense?
“My theory is the less trucks that are in front of you, the less likely you are to wreck. For us, I think we have to go out and have a solid race, obviously. Stage points mean a lot, there is a lot that can change throughout the race, gaining or losing stage points compared to the other competitors. I also feel like you have to be around at the end to have a solid finish – that’s really what makes or breaks your day, I feel like. Have to have a solid race, definitely be on the lookout to not wreck but stay in the mix all day.”

What do you think makes a good superspeedway racer?
“I think overall, being a good superspeedway racer is recognizing the situations – being able to know when to side draft and when not to side draft and using the air and the run to your advantage. The Trucks are a little bit different than a Cup car or an Xfinity car, they definitely draft different. I feel like it’s more single-file or pack-style racing compared to the other series. There are a lot of new guys to superspeedway racing, with not a lot of experience in the NASCAR Camping World Truck Series compared to the other two series. You have to be on the lookout for that as well. I think just recognizing the situations, knowing when to take a run and when not to take a run. Knowing who your drafting partners are – who you can trust and who you can’t trust is what all goes into making a really good superspeedway racer.”

Talk about your paint scheme for Saturday’s race.
“We have a pink No. 4, Pye-Barker/Fire Alarm Services Toyota Tundra on track this weekend at Talladega. Something that hits home to all of us, my family, the family from Fire Alarm Services as well and everyone involved. Trying to bring pink out and create some awareness for Breast Cancer. It being the month of October is a special month for us, so we’re looking forward to hopefully taking it to victory lane on Saturday.”

KBM-13: The No. 4 Pye-Barker Fire & Safety team will unload KBM-13 for Saturday’s race at Talladega. This is the first time this Tundra has been raced since 2018. KBM owner-driver Kyle Busch won with KBM-13 at Daytona International Speedway in 2014. It also has produced runner-up finishes with Christopher Bell at Talladega in 2017 and Erik Jones at Daytona in 2015.