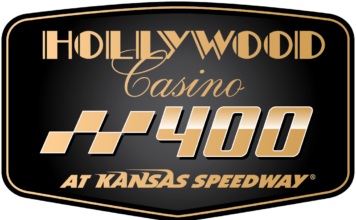 ● Cole Custer and the No. 41 Feeding America®/Wow Wow Classic Waffles Ford Mustang for Stewart-Haas Racing (SHR) are ready for the season’s final NASCAR Cup Series race on a 1.5-mile intermediate oval, Sunday’s Hollywood Casino 400 at Kansas Speedway in Kansas City. They’ll be sporting the Feeding America®/Wow Wow Classic Waffles paint scheme for the second consecutive weekend and will be honoring a young cancer survivor along the way.

● Riding along on Custer’s Ford Mustang this weekend will be the name of Cedric Brett Legg of Cheyenne, Colorado, located near the Kansas state line on the eastern side of the state. Young Cedric fought and won his battle against lymphoblastic leukemia, which he was diagnosed with three years ago, just one month after his fourth birthday. He is described as young, tough, and ready for more of this wonderful life after enduring multiple blood transfusions, hospital stays, and terrifying port accesses. He has made sure to share his love of life – and his experiences as a first-hand witness to the wonders of God’s grace – with all who will listen. He finished treatment in May of 2020 and is currently cancer free. He’s spending his time learning about dinosaurs, executing new gymnastics tricks, and has dental records that estimate he will one day stand 6 feet, 7 inches tall. Custer is one of more than 100 drivers from NASCAR’s top three series, as well as the ARCA Menards Series, to participate in the second annual Honor a Cancer Hero campaign. Through its online auction, the campaign has raised more than $105,000 to benefit Martin Truex Jr. Foundation and The NASCAR Foundation – two organizations recognized as champions for the health and well-being of others.

● Sunday’s 400-mile race will be Custer’s 73rd Cup Series start and his fourth at Kansas. The 23-year-old from Ladera Ranch, California, had solid runs in both Kansas outings last year, finishing seventh in July and 14th in October. The seventh-place finish in July was his fourth Cup Series top-10 in 19 starts. His bid for a second-consecutive Kansas top-10 last October was thwarted by a late-race speeding penalty on pit road. He finished 24th when the series last visited Kansas the first weekend in May.

● Custer has four Kansas appearances in NASCAR Xfinity Series competition, the most recent three in the No. 00 SHR Ford and the first in the No. 5 entry for JR Motorsports, with a best finish of 11th in the 2019 event after leading a race-high 85 laps.

● In his lone NASCAR Camping World Truck Series outing at Kansas, Custer qualified fourth and finished seventh in the No. 00 JR Motorsports entry in the May 2016 race.

● After recording his 15th top-20 finish of the season last Sunday on the 1.5-mile Texas Motor Speedway oval in Fort Worth, Custer arrives at Kansas 28th in the driver standings.

● SHR, its partner Wow Wow Classic Waffles, and Feeding America®, the largest hunger relief organization in the United States with a network of 200 food banks and 60,000 food pantries and meal programs, are collaborating on an online auction late next month with proceeds to benefit Feeding America. Fans will have a chance to bid on items including a 2021 Ford Mustang NASCAR-raced car, a race-worn Wow Wow Classic Waffles firesuit, helmet, shoes and gloves, autographed racecar sheet metal and tires, and a race-day experience to a 2022 NASCAR Cup Series race of the winning bidder’s choice. The auction begins Nov. 26 and will close 10 days thereafter. Information on how to place bids will be announced on the SHR website, as well as all SHR and Cole Custer social media channels.

You’re down to the final three races of the season. What’s your mindset as you head to Kansas this weekend?

“We had an early setback at Texas last week, but we left there feeling good about the way we were able to rebound for another top-20 finish. Hopefully we can build on that and string together three really solid finishes in the races we have left and build some momentum for next year. Kansas is a tough racetrack. You have to move around and work the different lanes. You have to have the speed, as well, obviously. Track position is going to be huge and how you work the strategy is important. It’s a track where you have to put everything together. You have to make sure you can work the lanes good, and work them from the bottom to the top of the track.”

You had a solid seventh-place finish in last year’s first visit to Kansas and almost scored another top-10 your second time there last fall. How was that experience for you?

“The guys fought all race long both times last year and we definitely were able to make something of it in the first race, even though it wasn’t the prettiest day. We were in a good position in the fall race. Right there at the end was the best I had been in the top groove all race long. But the speeding penalty set us back and we still ended up with 14th place, which was disappointing when we considered what might have been. Our spring race this year turned out to be a frustrating day, but hopefully we can take what we learned and show a lot of improvement this weekend”

This will be your final race of the season on a mile-and-a-half tri-oval. What can you carry over from this year’s previous races on the intermediate tracks?

“Every single track is different. You can’t bring the same thing to them. We struggled a little bit at some of those races earlier this year, but I think we have a really good idea on what we need to bring to Kansas this weekend. We’ve been working hard to put in all the preparation we can, but it all still comes down to making our best educated guess because we don’t have practice or anything to work our cars in before the race. You just have to hope you hit it right.”

Off the track, it seems you and your team, along with SHR partner Wow Wow Classic Waffles, have been working hard to support the initiatives of the Feeding America® network. Talk about that.

“We’ve been able to do some really cool things through our partnership with Wow Wow Classic Waffles and Feeding America. It’s been eye-opening to see how many in our area need help and we’ve been able to provide meals for many families through the work we’ve done, but we need help. There are so many ways to help and it doesn’t take much to make a difference for the many families out there who are in need.”