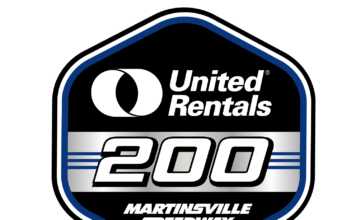 Hacker on Racing at Martinsville: “I am very excited about returning to the NASCAR Camping World Truck Series with Niece Motorsports at Martinsville. Unfortunately, Las Vegas did not go as planned and I owe it to my team and all my partners to make it up to them on Saturday afternoon.

“I am also thrilled to have two Indiana companies from my hometown onboard for my Martinsville debut. I know it’s going to be a stacked race, but I feel that patience will go a long way.

“I’m hopeful that being patient and smart will pay off and put us in a good spot to contend for a strong finish with our No. 45 Sherfick Companies | Super DOPE Chiropractic Chevrolet Silverado.”

Hacker at Martinsville: Saturday’s race at Martinsville Speedway marks Hacker’s third start in the NASCAR Camping World Truck Series, and his first at the .526-mile track.

Honor a Cancer Hero: Peggy Remlin’s name will adorn the No. 45 Chevrolet at Martinsville Speedway. Peggy was nominated by Wayne Remlin as part of the Honor a Cancer Hero initiative with the Martin Truex Jr. Foundation and the NASCAR Foundation. Peggy lost her battle with cancer after two years of fighting. Her family wants her to be remembered as a strong, caring and wonderful mother.

On the Truck: Hacker and the No. 45 team will race with support Sherfick Companies and Super DOPE Chiropractic this weekend at Martinsville Speedway.

The company began in residential construction and has grown to meet the commercial needs of local business owners as well as local multifamily complexes.

In addition to their location in Carmel, SDC also has an office in downtown Indianapolis, with five additional locations in the works.

About Niece Motorsports:
Niece Motorsports is owned by United States Marine Corps Veteran Al Niece. In 2021, Niece Motorsports enters its sixth season in the NASCAR Camping World Truck Series. Niece also owns Niece Equipment, which has for over 40 years provided clients with reliable products at competitive prices. Niece Equipment’s reputation is built on service, integrity and dependability. The company provides water and fuel/lube trucks that are engineered with quality and durability in mind for the construction and mining industry. Follow the team on Facebook and Instagram @NieceMotorsports as well as Twitter @NieceMotorsport.