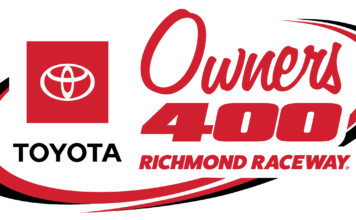 · Practice and qualifying are back in the weekend schedule for the NASCAR Cup Series, which this weekend features a pair of group practice sessions Saturday morning, immediately followed by single-car qualifying.

· Qualifying will again be split into two groups with the top-five fastest cars in each group transferring to the final round. The final round of qualifying to determine the pole sitter will feature 10 cars, as all qualifying this weekend will include just one lap per car.

· Keselowski, a two-time winner at Richmond, makes his 25th Cup start at the 3/4-mile track this weekend. He is one of the more recent winners in Virginia, having led 192 laps in the 2020 fall race after starting ninth.

· His 12.3 average finish stands as one of his best on the circuit as he has finished 14th or better in 12-straight races. In those 12 races he has an average finish of 7.6.

· Sell, filling in for Matt McCall during RFK’s appeal, will be on the box for his second race as crew chief with Keselowski.

QUOTE WORTHY
Keselowski on racing at Richmond:
“Richmond has been one of my better tracks, especially lately, and somewhere I’m confident at and enjoy running. It’s on us to figure out the key to success there this weekend, and we’re ready to get to work doing that in the Violet Defense machine come Saturday.”

Keselowski overcame a long Sunday afternoon at COTA to finish 14th in the Wyndham Rewards Ford.

Violet Defense returns for its fourth appearance aboard Keselowski’s No. 6 this weekend. His teammate – Chris Buescher – will sport an identical scheme with the number as the only difference for Sunday afternoon’s race from Richmond.

Violet Defense uses UV disinfection to protect everyday spaces from harmful pathogens by killing up to 99.9% of E. coli, Salmonella, MRSA, C. diff., Norovirus, C. auris, and coronavirus. Violet Defense’s technology is the only known Pulsed Xenon solution that can be installed into a room full-time, creating a continuous way to address disinfection needs of all types of settings. For more information, visit www.violetdefense.com or follow us on Facebook or LinkedIn (@violetdefense).