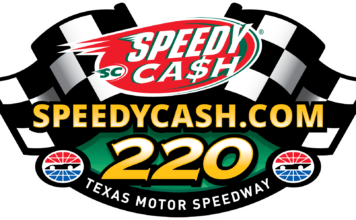 Chandler Smith and the No. 18 team head to Texas Motor Speedway for Friday’s SpeedyCash.com 220 fresh off a hard-earned fourth-place finish at Kansas Speedway in Kansas City on Saturday. The team encountered a fuel pickup issue after finishing fourth in the opening stage and was forced to coast to pit road. The team would get his Tundra TRD Pro re-fired but lost a lap in the process. After getting the “Lucky Dog” at the end of Stage Two, Smith would charge back through the field in the Final Stage to bring home a fourth-place finish.

iBUYPOWER will serve as the primary sponsor on Smith’s No. 18 Tundra TRD Pro at Texas Friday and again at Talladega (Ala.) Superspeedway in October. Since 1999, iBUYPOWER has been delivering on its promise to build the best gaming systems for the most discerning gamers. Friday’s race will be the fifth event for iBUYPOWER sponsoring Smith’s KBM entry since 2019. Smith has finished inside the top five in all four of those races, including a runner-up finish at Bristol (Tenn.) Motor Speedway in 2019.

Smith has two prior Truck Series starts at Texas with a best result of fifth coming last June. The Toyota Racing Development driver has been stellar on three mile-and-a-half track starts in 2022, winning at Las Vegas (Nev.) Motor Speedway and finishing fourth at both Atlanta (Ga.) Motor Speedway and Kansas Speedway.

Veteran crew chief Danny Stockman will once again call the shots for Smith and the No. 18 team in 2022. Stockman’s drivers have produced six victories at KBM across his first two seasons, including two with Smith behind the wheel in 2021. The veteran crew chief captured a Truck Series championship with Austin Dillon in 2011 and also won an Xfinity Series championship with Dillon in 2013. Stockman’s drivers have produced one win, four top-five and four top-10 finishes resulting in an average finish of 11.9 across seven Truck Series starts at Texas. He was victorious with KBM owner-driver Kyle Busch in July of 2020. Additionally, his Xfinity Series drivers produced five top-five and eight top-10 finishes across 11 starts.

We are halfway through the regular season. Assess your season so far.
“For the most part it has been really, really, good. It’s definitely been a lot better than the first half of the last season we had, which is really big for us. Going into the season we said we had a lot of momentum, we just won Phoenix and we need to start on a high note and keep that trend going all the way to the playoffs. That was our mentality and that is what we’ve been doing for sure. We had a couple of pretty rough races before Kansas, but other than that we’ve been really good every time we’ve showed up at the race track in our Tundra and you can’t ask for more than that, honestly.”

How does Texas compare to the other mile-and-a-half tracks on the Truck Series schedule?
“They all have their similarities for sure. I would say Texas is unique in its own way considering Turns 1 and 2 are completely different than Turns 3 and 4, but you can argue that Kansas and Vegas are the same way. At the end of the day, it’s another mile-and-a-half, there is a lot of on throttle time and that’s the biggest thing about these mile-and-a-halves is there is so much on throttle time and a lot of aerodynamics that go into it. That’s our strong suit and where I feel like I’m starting to excel a little more, so I’m looking forward to it.”

Chandler Smith’s No. 18 iBUYPOWER Tundra: TRD Pro:
KBM-68: The No. 18 iBUYPOWER team will unload KBM-68 for Friday night’s race at Texas. In its most recent outing, John Hunter Nemechek produced a chassis-best third-place finish with it at Bristol (Tenn.) Motor Speedway last August.