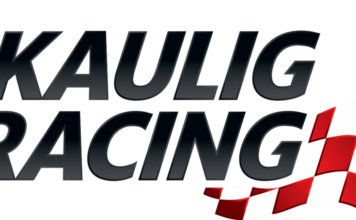 LEXINGTON, N.C. (August 8, 2022) – Defending winner of the two, most recent Wawa 250 races, Justin Haley will make his return to NASCAR Xfinity Series (NXS) action with Kaulig Racing at Daytona International Speedway, as the team fields a fourth entry, the No. 14 Chevrolet.

Haley, who earned his first-ever NASCAR Cup Series (NCS) win at Daytona in 2019, recorded four wins for Kaulig Racing in the NXS, including the last two summer races at Daytona.

“I’m so excited to have the opportunity to come back to the Xfinity Series with Kaulig Racing!” Said Haley. “In a way, it feels like this is my bread and butter, especially at Daytona, one of my favorite tracks. Together, we had three, successful Xfinity Series seasons at Kaulig Racing that transpired into a great first, full season so far in the Cup Series.”

Haley is Kaulig Racing’s longest-tenured driver and is currently the team’s first, full-time driver in the NCS. So far in the 2022 season, Haley has earned one top five, two top 10s and nine top-15 finishes.

“Having four of our five wins at superspeedway tracks in the Xfinity Series, there was no question that given an opportunity for a fourth entry, we would bring back Justin Haley!” said team owner, Matt Kaulig. “For the past few years, our drivers have meshed so well together, especially on these types of tracks, and Justin Haley has been a huge part of our success as a team.”

Kaulig Racing and superspeedways have become synonymous, having five total wins since 2019 on superspeedways alone and showing how a team can work together until the very end.

“We are super excited to have Justin Haley back behind the wheel of a Xfinity car,” said Chris Rice, President of Kaulig Racing. “He has been a big part of how strong our cars have been on superspeedways, and this is a great opportunity for us to show how strong both Chevrolet and Kaulig Racing can be.”

Haley will look to qualify his way into The Wawa 250 in Kaulig Racing’s No. 14 Chevrolet on August 27. A partner announcement will be made at a later date.