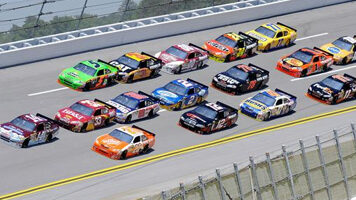 After being eatten up through a merger with Richard Petty Motorsports and not even spoken about, Robert Yates Racing is back in the motorsports headlines.

NASCAR announced today that Robert Yates Racing Engines will be the exclusive supplier of the NASCAR SPEC engines in the SPEC engine program. [/media-credit]The program provides teams with the opportunity to buy the NASCAR-Approved SPEC engine from Robert Yates Racing Engines, a racing engine and parts company owned by Robert Yates and Chris Davy, pre-assembled or as a kit and have their own designated engine builder perform the assembly.

“The SPEC engine program has clearly established itself as a competitive, economical alternative for many of our teams,” said Richard Buck, NASCAR director of touring series, in a press release. “As the sport works to establish ways to better manage costs, the option to be able to run the SPEC engine has provided additional teams the opportunity to run in more races and be competitive.”

The engine, which was introduced in the NASCAR K&N Pro Series in 2006 as an optional means for managing costs and providing teams with additional opportunities to compete, is also available for use in the NASCAR Whelen Modified Tours, and the NASCAR Canadian Tire Series. It is also an option for NASCAR Camping World Truck Series teams at select tracks.

“We’re excited to be part of NASCAR’s on-going efforts to provide affordable alternatives for racers throughout this sport,” said Robert Yates, the former NASCAR Sprint Cup Series champion car owner and engine builder. “Since its debut, the SPEC engine has clearly proven its worth under the rigor of competition. We look forward continuing with the same high-level of service, engine power and quality.”

The SPEC engine achieved tremendous success with Wegner Motorsports, which served as exclusive supplier from 2007-2009. Wegner is diversifying its business and will continue to produce engines for various forms of motorsports and support RYRE through the transition period.

“I am happy to have been involved with the NASCAR SPEC engine from its inception,” said Carl Wegner. “I will still be available to Robert Yates Racing Engines to help in the transition of this great program. I wish nothing but continued success to NASCAR and the SPEC engine program.”

Robert Yates Racing was formed in 1988 after Yates purchased the assets of Ranier-Lundy and started the team with Davey Allison, who had been with Ranier-Lundy at the time.

Through the years, Yates had drivers like Allison, Ernie Irvan, Kenny Wallace, Dale Jarrett, Ricky Rudd and Elliott Sadler behind the wheel

Robert Yates Racing Engines are best known for the years where they dominated Daytona International Speedway with Dale Jarrett behind the wheel.

A losing battle to find sponsorship, find the right combination and lack of funds forced them to merge with RPM in 2009.

SM Staff
Previous articlePOCONO RACEWAY SOLAR FARM HITS MILESTONE – One Million Kilowatt Hours of Electricity Produced
Next articleDale Earnhardt Jr.: Reality Is, Races Are Run on the Track, Not at the Shop