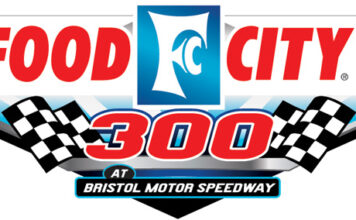 CHRIS BUESCHER – No. 60 Roush Performance Products Ford Mustang – IF IT WOULD HAVE GONE GREEN THE REST OF THE WAY COULD YOU HAVE MADE IT ON FUEL? “Oh yeah, but it didn’t. It’s unfortunate. I’m really upset. It was a really good day for our Roush Performance Tindol Ford Mustang. We just needed the track position. We were faster than a lot of guys we were racing around all day and once we got track position we showed we could run away from these guys. We had the speed, but it wasn’t meant to be. I’m glad we took the chance. I wouldn’t change it if we could do it over again, but unfortunately it knocked us right out of a top-10 and out of a win.”

THE GOOD NEWS IS YOU FINISHED 11TH AND DIDN’T LOSE MANY POINTS ON YOUR LEAD. “It’s good looking back now, but it was almost a really good points night. It was almost talking about how much we gained, so it’s a bummer.”

YOU HELD KYLE OFF ON SO MANY RESTARTS. WITHOUT THE FUEL ISSUE COULD YOU HAVE HELD HIM OFF AGAIN? “Yeah, I think so. We showed we could do it on all the restarts beforehand and we had him getting through one and two and just ran out on exit. Our Roush Performance Mustang was solid today. If we had to do it all over again I wouldn’t change a thing. I’m all for taking the chance to try to win these races and unfortunately I didn’t do a good job of saving fuel this time and we ran out.”

DID HAVING THE POINTS LEAD FACTOR INTO THE GAMBLE OF STAYING OUT ON THAT ONE CAUTION? “Yeah, it does, but, honestly, we were really good on fuel mileage. We felt like we were good to the end, especially if that caution didn’t come out. What it is is just a matter of getting fuel into the pickup. Once I shook it around enough we got fuel back in it and ran to the end, but as much banking as we have here at Bristol it’s hard to keep fuel in the pickup. It’s my fault. I needed to do better. I wouldn’t change the call if we could do it all over again. I’m all for taking chances and winning these races. If it would have worked out, we’d have won this thing and we’d be talking about how good of a call it was for our points situation.”

DID YOU TALK ABOUT TAKING GAMBLES BEFORE THE RACE OR DOES IT DEPEND ON HOW THE RACE GOES? “It’s kind of how the race plays out. We knew that we had a really fast car and we’re willing to take chances to win these races. Obviously, the points championship at the end of the day is gonna be really important, but when you have cars as good as our Mustang was today, you’ve got to go for it and you’ve got to try to get these wins. I’ve said it before, I’m not a fan of points racing because it prevents you from taking chances like this and from getting the opportunity to be that close to winning, so if we wouldn’t have had that last caution we would have been fine, but that’s obviously not the case.”

HOW MUCH DID BEING ABLE TO STAY ON THE TOP LANE ON THE RESTARTS PLAY A ROLE IN KEEPING THE LEAD? “It’s everything here. I talked about it earlier in the race on the radio. It’s so frustrating how much faster you can be and how hard it is to get around people. It’s a very narrow two-groove race track, if two grooves at all, so it makes it tough. Those restarts every one was good. We were able to get the jump and get up there in one and two and we would have had him on that last one, but we just lost fuel.”

IS IT EASIER ON THOSE RESTARTS KNOWING YOU HAD THE TOP LANE? “Yeah, it makes it easier to make the call. It’s easier to lead the field and get the jump like that. The last time Kyle was behind me on a restart he schooled me at Michigan and made me look pretty dumb, so I’m pretty proud of myself for turning around and making sure he didn’t get by us until the very end. Lucky for him we did run out of fuel because we had one tonight.”