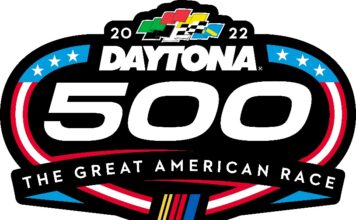 DAYTONA BEACH, Fla. (June 9, 2020) – Tickets for the 64th Annual DAYTONA 500, NASCAR’s most prestigious event that will debut the Cup Series anticipated ‘Next Gen’ car, are on sale now. The 2022 edition of The Great American Race, which will be held on its traditional Presidents Day Weekend – Sunday, Feb. 20 – will have fully open frontstretch seating, expanded camping, hospitality and pre-race experiences. Tickets start at $99.

Race fans travel from all over the world to attend the storied DAYTONA 500 at the iconic Daytona International Speedway. Prior to the COVID-19 pandemic, which limited fan attendance in 2021 at the 2.5-mile venue, NASCAR’s season-opener experienced five consecutive sellouts dating back to 2016 and the completion of the Daytona Rising $400 million renovation project. The 2020 DAYTONA 500 had guests representing all 50 states and 45 countries. Daytona International Speedway recently announced that spectator restrictions have been lifted so anticipation for the 2022 DAYTONA 500 is at an all-time high.

Those wishing to attend The Great American Race in person should make their plans early to secure the best seats and pricing. For ticket information on the 2022 DAYTONA 500, as well as Speedweeks Presented By AdventHealth events, log onto www.DAYTONA500.com or call 1-800-PITSHOP.

“The energy, excitement and sheer anticipation for the 2022 DAYTONA 500 is on a level that we haven’t seen in a long time,” said Daytona International Speedway President Frank Kelleher. “Our fans are ready to get back to the race track for The Great American Race, as well as Speedweeks Presented By AdventHealth. Our team at the World Center of Racing is ready for their return, as well as new fans to visit and experience the pageantry of the DAYTONA 500. They will be able to do just that, with fully open seating, camping and hospitality, along with the tradition of pre-race festivities, sprawling Midway displays and our infield UNOH Fanzone. On the track, fans will get to witness, for the first time, NASCAR’s Next Gen cars battling two-and three-wide at 200 mph. We can’t wait.”

The Next Gen car, a collaboration of the brightest engineering minds in racing and the automotive industry, is designed to give the drivers greater control. It will put an emphasis back on race strategies, team personnel and vehicle setups while returning the ‘stock car’ look to NASCAR. The cars are set to put on great racing for fans, incorporate relevant technology and look more like street version vehicles. Could we see a new winner in 2022? Earlier this year, Michael McDowell stunned the racing world by claiming his first career triumph in the DAYTONA 500.

Guests for the DAYTONA 500 will have the opportunity to experience the edge-of-your-seat excitement in a state-of-the-art motorsports facility with amenities that include more than 101,500 seats, thousands of premium club seats, 40 escalators and 17 elevators, 60 luxury suites, social “neighborhoods” and three concourse levels that span the nearly mile-long frontstretch.

Extended-stay camping packages include access to general admission seating and the UNOH Fanzone/Pre-Race for each event during DAYTONA Speedweeks Presented By AdventHealth, excluding the DAYTONA 500. Some other notable options include:

For all other DAYTONA Speedweeks Presented By AdventHealth events (Excluding the DAYTONA 500), children 12 and under are $10 in reserved seating and free in general admission areas and the UNOH Fanzone/Pre-Race area.
Fans can also visit PrimeSport.com, the official travel package provider of Daytona International Speedway, where they can find multiple options for tickets, lodging and hospitality.

Below is a tentative schedule for the 2022 DAYTONA Speedweeks Presented By AdventHealth:

The World Center of Racing will also be the site of two races this summer during the last weekend in August – the Coke Zero Sugar 400, the NASCAR Cup Series regular season finale, on Saturday, Aug. 28 at 7 p.m. ET, and the Wawa 250 Powered by Coca-Cola NASCAR Xfinity Series race on Friday, Aug. 27 at 7:30 p.m. ET. Tickets are on sale now for both events and can be found at www.daytonainternationalspeedway.com or by calling 1-800-PITSHOP.

About Daytona International Speedway
Daytona International Speedway is a state-of-the-art motorsports facility and was awarded the SportsBusiness Journal’s prestigious Sports Business Award for Sports Facility of the Year in 2016. Daytona International Speedway is the home of The Great American Race – the DAYTONA 500. Though the season-opening NASCAR Cup Series event garners most of the attention – as well as the largest audience in motorsports – the approximately 500-acre motorsports complex, also known as the “World Center of Racing,” boasts the most diverse schedule of racing on the globe. In addition to at least nine major event weekends, the Speedway grounds are also used extensively for events that include concerts, civic and social gatherings, car shows, photo shoots, production vehicle testing and police motorcycle training.